Give Up That Car, My Boy…

Why do you give away a childhood dream that has come true – and be oh so glad you did? 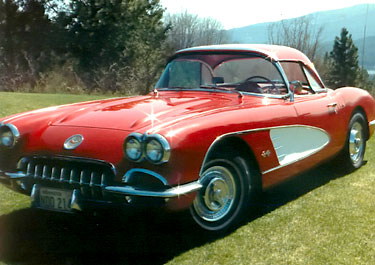 Here’s the story. It’s a grand one!

The Luke Commission has been given a classy classic 1960 red Corvette, valued from $30,000 to $40,000. The anonymous owner wants all the proceeds from the sale of his car to benefit Emaswati medically and spiritually.

This man is not particularly wealthy. He doesn’t have two or three other vintage cars parked in his garage. He has worked in a sawmill for 35 years.

Then Jesus stepped into the driver’s seat of his life. “I always thought I was saved, but it wasn’t until five years ago that I knew I was saved.” 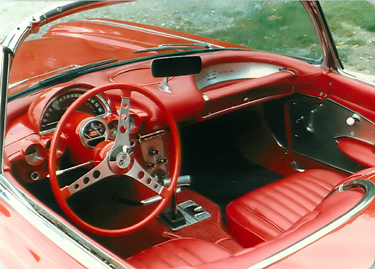 In his new church, he started studying the Bible “and I got excited about my faith.”

Three years later, this man and his wife took a “Perspectives on the World Christian Movement” course.

“Our minds started moving toward missions,” he said, and nothing has been quite the same.

The couple attended the Christmas for Africa Gala in Sandpoint. Later Harry and Echo spoke in their church. Soon after, he met with the VanderWals and offered the valuable car to The Luke Commission. 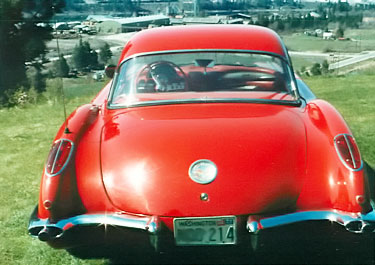 “It was the coolest feeling you could ever imagine,” he said. “I thought am I really going to do this? Yes, I thought, I’m serious! This is what God wants of me.”

As a boy growing up in Coeur d’ Alene, he was riding bikes with his friends one afternoon and saw a 1960 red Corvette on the side of the road. “I looked in the window and saw it could go 160 mph, instead of the 120 mph in other cars.”

That day he determined, “I’m going to have one of those.” 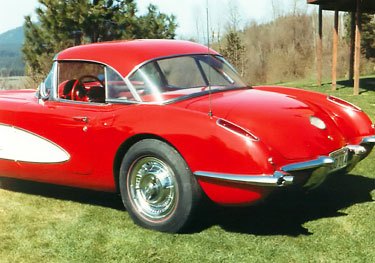 He was the 4th owner. The original owner sold it after only a year to a man who kept it 20 years. The 3rd owner had the car only briefly and then sold it to our anonymous donor. “It’s been my play thing,” he said.

The car has only been driven 3000 miles in 27 years. The motor was new 10 years ago. All features are the originals, except it was white. It had to be painted red, of course, in keeping with his boyhood’s resolution.

He hopes his gift to The Luke Commission will encourage others to give their prized possessions to missions. He hopes, too, the buyer of this car will be generous. “If someone was thinking about giving $5000 to TLC and then bought the car for $40,000, they’d be getting a great deal for $35,000.”

There’s more to the story.

“I’m a procrastinator,” the man laughed. “I realized a couple of years ago that the car was not adding any value to my life. It’s not who I am. Some people say ‘You’re a car guy.’ That doesn’t apply to me.”

At least not anymore…

“My wife is my sounding board,” he continued. “When I have an idea, I run it by her and watch her reaction. After I suggested giving the car to missions, she said ‘Whatever you want to do. It’s your car.’”

The couple considered other worthy missions groups. At one point, the man thought he’d sell the car himself and keep his original investment of $7,500. 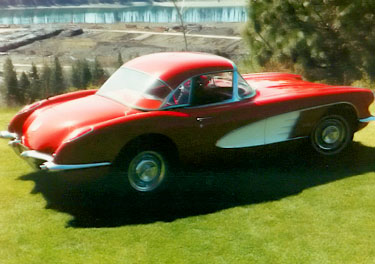 Then he read the story of the husband and wife in the Bible who died after keeping part of the profits from land they had donated to God. “I decided to give it all,” he laughed.

On the evening this man surprised Harry and Echo with his idea to help The Luke Commission, he drove first to Sandpoint to pick up his wife.

“I was thinking about Scripture, our spiritual lives and the abundant blessings we have right now,” he remembered. “I turned a corner and there was a full, bright moon popping over the mountain.”

He thought, “Wow, God put that moon right there for me. It made me smile and gave me the assurance that I was doing what He wanted me to do.”

The TLC board of directors has heartily agreed to market the vehicle throughout the country. “Harry and Echo are cool people, but ultimately this is part of God’s plan for the whole Luke Commission organization.”

“It’s a weird deal,” he noted. “I’ve had so much fun doing this. I don’t like keeping it a big secret, but I don’t want any personal recognition.”

He’s not sure, however, how to answer the inevitable questions. One day soon his prized car will disappear from the garage.

“I have car buddies who will say ‘You did what?’”

He also would like his adult daughters to know their father’s life with Jesus took unexpected turns which thrills his heart. “God laid it all out for us.”

And it all started with a child’s dream…

by Janet Tuinstra, for The Luke Commission