Eswatini as Seen thru Lens of American Architect

What does a renowned architect who has traveled the world think about his first trip to Africa?

This update will answer that question in capsule form, touching everything from cultural train wreck to trustworthy vehicles to chickens.

Jon Sayler of Sandpoint, Idaho, formerly of Spokane, Washington, is an enthusiastic Luke Commission volunteer who is using his architectural expertise and experience to design The Luke Commission’s “Miracle Campus” in Eswatini. 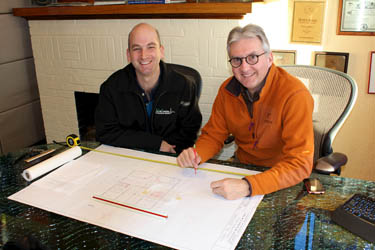 He wanted to see the building project firsthand, so he visited the VanderWals and The Luke Commission in Eswatini this spring.

The Luke Commission campus is “desperately needed. A firm base of operation is paramount,” Jon declared. 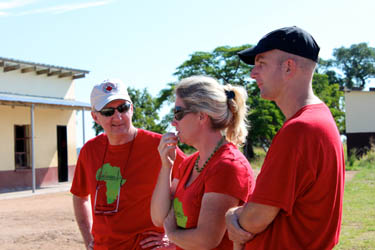 In Eswatini at a bush clinic, Jon hears medical plans for the day from Echo and Harry.

“Right now we have a rented base. How would you like to go to work every day without a permanent home, without storage facilities for medical supplies, without adequate housing for staff and patients – especially living in a foreign country,” reasoned Jon.

Even after 25 years of fighting AIDS, the devastation and death in Eswatini continues. Jon sighed, “It’s a train wreck.”

The VanderWals and The Luke Commission have “rolled up their sleeves and jumped into the mess,” said Jon. 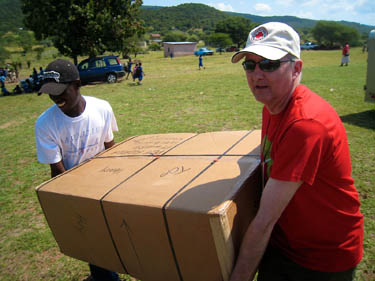 Jon and a Liswati helper carry a PET wheelchair, which is one of seven bush wheelchairs assembled and given to needy Emaswati this day.

“Only God can turn this train around, through the hands of people willing to do what most of us do not want to do, to go where I don’t want to go day after day. I watched what can be done, but it’s a long, slow process,” he continued.

“I saw lots of children everywhere with their moms,” Jon said. “The wealth distribution is very wide. People line every road selling fruits they have picked, while $80K BMWs blow by.” (Well, a few anyway.) 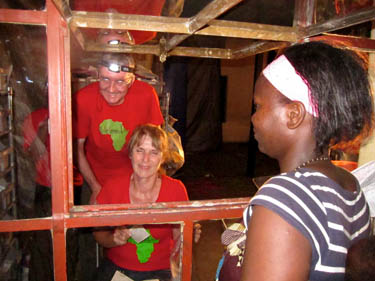 “Yesterday I learned about the HIV train wreck,” Jon wrote to his friends back home one 99-degree day.

A respected Liswati pastor said many kids participate in “transactional sex by grade 4. They learn it from their families in many cases. It starts with needing a bus fare and then goes from there.”

Children are hungry and have sex for a loaf of bread or an orange. When and how this started is difficult to pinpoint, but AIDS orphans are often without protection, food, or adult support.

Young people are selling themselves. “Things that are not normal are normal now,” Jon observed.

And what about the development of the Miracle Campus? It, too, is a slow process, but Jon is not disheartened. 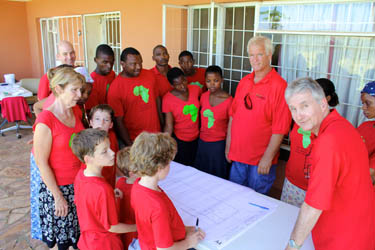 Unveiling the Miracle Campus for the 1st time to TLC’s Liswati staff brings surprise and joy. Thank you, Jon!

“It was super worth being there,” Jon noted, “seeing the site, talking to suppliers, learning the most cost effective way to build in Eswatini.”

Jon looks forward to reviewing a survey of the land. The buildings he has designed will require alterations, Jon admits, but he’s more than willing to adapt to what’s best in Eswatini.

Roaming around the donated 8 hectares (about 20 acres) was fraught with brush, vegetation, snakes, and squatters. Still, Jon learned enough to recognize the challenges and possibilities.

What most impressed our architect who has spent much of his life holding up a lens to the world around him?

The new TLC vehicles, bought with donated funds in 2010, are essential to taking medical care to the hindermost parts of Eswatini. “I don’t know how Harry and Echo pulled off their clinics all those years without those vehicles. They’re great tools,” he noted.

And chickens? “Everywhere I went there were chickens. What a perfect animal God made. They eat bugs, take care of themselves, give eggs, and we eat them.” 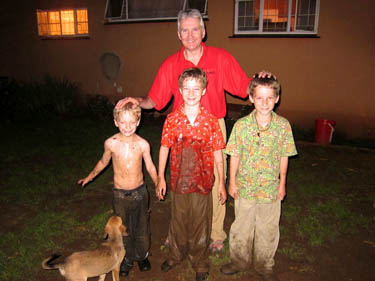 After a torrential downpour one evening, Jon and the VanderWal boys (Zion, Zeb, and Jake) play in the mud.

Jon would return to Eswatini “in a heartbeat if I was needed. Otherwise, I doubt I’d go again.”

However, Jon counts his visit in this tiny country with the highest HIV/AIDS rate in the world as a sabbatical, a “big recharge.”

Glancing back, Jon knows “God made my path clear. When I left for Africa I had run out of jobs here. As soon as I returned, my business picked up and I’m moving again. I’m being taken care of…”

Jon took no books. He did not look at emails or make phone calls. When he wasn’t at a bush clinic or brainstorming about the Miracle Campus plans, he read the Bible on his I-pad and prayed.

Having never encountered so much barbed wire, Jon’s political positions have changed a little, too. “All my life I have been an ardent conservative. But I am moderating somewhat, after seeing what it’s like with no safety net, no welfare or medicare.” 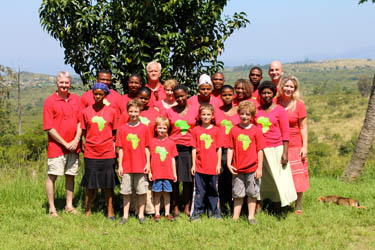 The Luke Commission staff and volunteers

In the end, Jon Sayler noted, The Luke Commission staff and volunteers are “in the trenches. We can stand around and talk about what’s happening in Eswatini, but they’re on the ground, treating sick people, telling people about Jesus, educating people, trying to help. It’s an awesome sight.”

According to Isaiah 9:2, “The people walking in darkness have seen a great light, on those living in the land of the shadow of death a light has dawned.” And so we press forward.

(written by Janet Tuinstra on behalf of the The Luke Commission)