The Luke Commission supporters come from all walks of life, as well as all ages.

“I’m touched by the young people who have stepped forward to give sacrificially month by month,” said Echo VanderWal, co-director.

One such couple is Zeb and Amy Frazee, who are going to school in Grand Rapids, Michigan. Zeb starts physician assistant’s school in May, and Amy is scheduled to complete physical therapy training in August.

“When I was growing up in Ohio, I met Harry and Echo. My triplet (teenage) sisters took care of their triplet (baby) boys,” said Zeb, who is now about the ages of Harry and Echo when he first met them.

Zeb and the Frazee & VanderWal triplets

“I watched Harry and Echo and always knew they were quality people, interested in doing what’s best for the Kingdom,” Zeb continued.

Today Zeb and Amy give regularly to The Luke Commission, even though Zeb works as a hospital rehabilitation tech, in what he calls an entry-level job. Amy works part time while in school. They scrimp and save and yet give liberally. The people of Eswatini benefit. 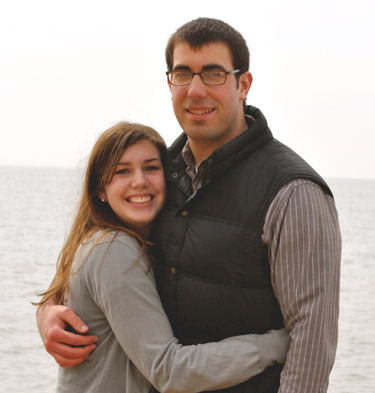 When asked why, Zeb acknowledged they “make cuts in other areas but feel strongly about what we’re doing.”

“The Luke Commission combines passion for healthcare with a Christian worldview,” noted Zeb. “Telling others about Jesus Christ while showing them you care about their physical bodies – now that’s missions as it should be. We’re glad to be a part.”

In the Bible, Paul commended the Philippians for their generosity. “Now I have received…the gifts you sent. They are a fragrant offering, pleasing to God.” (Philippians 4:18) So are these young champions of The Luke Commission.