The Luke Commission Adds Surgeries and Chickens to Their Menagerie 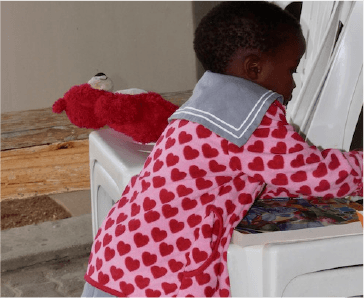 The Luke Commission stories coming out of Eswatini range from surgeries to chickens, an unlikely combination to be sure, but one that will make you smile and consider your own blessings. 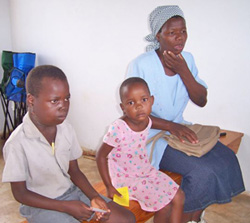 Mazwatini’s mom explains that he has been ill for over a year and multiple treatments have not cured his illness.

Last year 10-year-old Mazwatini was brought to a TLC mobile clinic by his worried mother. He had a huge swelling on his neck and obviously was very ill. Harry and Echo took him to the Manzini hospital, where their suspicions were confirmed. He had atypical tuberculosis as well as a severe secondary bacterial infection. Mazwatini lived in the hospital several months, receiving daily treatments. Total cost to The Luke Commission was $108. 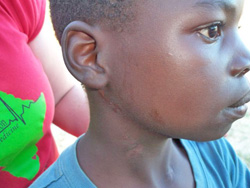 Deep despair from both Mazwatini and his mom after extended illness – 2007. 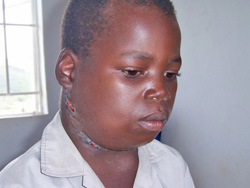 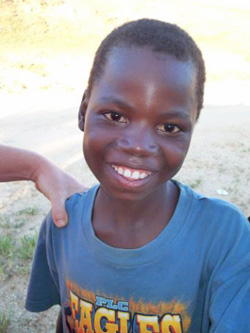 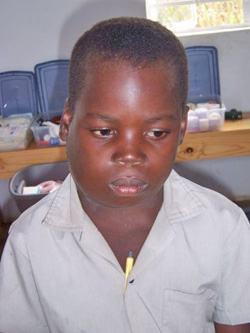 Fast forward to a spring 2008 clinic… Hundreds of children gleefully are opening Operation Christmas Child boxes. A boy walks up to Echo and stands close to her waiting to be recognized. He is happy, healthy, holding his shoe-box gift under his arm. Finally, Echo’s eyes lock with his, and they both start laughing. Echo gives him a big hug and exclaims, “Mazwatini, it’s you.” 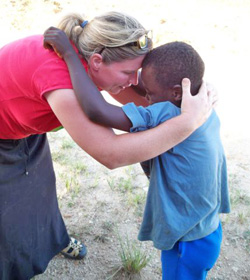 Mazwatini greets Echo for the first time since 2007. 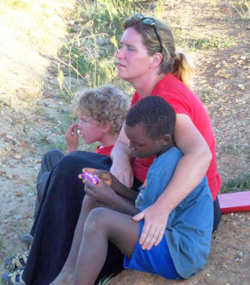 Luke, Echo and Mazwatini share a moment praising God and soaking in the joy of the reunion.

“I must go home and get my mother,” he says, and off he runs. Two hours later, Mazwatini returns with his mother. She greets us all and, while the crowds watch, gives Harry and Echo two live chickens and a huge pumpkin. “Siyabonga, siyabonga, my boy is healed,” she says, bowing in gratitude. “We read the Bible you gave us every day.” 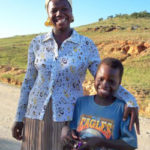 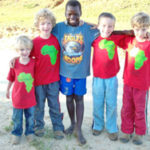 Zion, Luke, Mazwatini, Jacob and Zeb reunite and spend time playing on the nearby hillside.

The four VanderWals boys are thrilled to have two new fowl to add to their mission menagerie in Manzini. 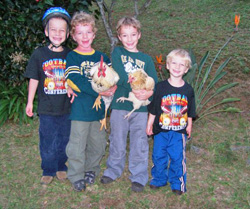 Jacob, Luke, Zeb and Zion
with two of their chickens.

Jacob, Luke, Zeb and Zion
with two of their chickens.
The Southfield Church of the Nazarene (southfield as in southern Africa) has graciously allowed us to occupy and to organize a mission house and grounds as we see fit.

Since January, Harry and Echo have converted one bedroom into the pharmacy supply room, another bedroom for medical and hospital supplies, and another bedroom for HIV handouts and educational materials and storage for all the patient records for all departments of the clinic, a bedroom for adult clothes and handmade items. Food is prepared in the kitchen for 20 to 25 persons a day. The dining area doubles as an office. The patio is the center where medications are counted, packaged, bottled, and labeled.

Attached to the house is a small apartment where male translators sleep when we return from clinics in the middle of the night. The garage houses SiSwati and English Bibles and tracts and baby clothes. (You can understand even more now why security is so important).

In the yard are the three large containers with Operation Christmas Child boxes, children’s clothes and shoes, and medical necessities. The two vehicles and two trailers in the yard are always under repair on days the TLC team is home.

Is this not a menagerie? Why not add a couple of clucking hens?

Shortly after being reunited with Mazwatini and his mother, Echo set up surgeries for six patients she and Harry met at recent clinics. One patient was a 16-year-old boy named Shadrach who has suffered with a hernia for 7 years. His father died in 2006. His mother told Harry, “I’ve gone to four doctors. They all say Shadrach needs an operation, but I do not have the 120 Emalangeni (about $20) to pay.”

“It’s especially hard for teenage boys if they don’t get hernias fixed,” said Harry, “because they cannot lift or work hard.”

“I am too happy the way you helped me with my child,” his mother told Echo. “You gave me a present from God. Now I will give you a present. I will bring you a chicken tomorrow.”

The next day was a clinic day, so Echo could not go to the hospital until late at night after returning from the bush. “I’m here to pick up my chicken,” Echo said to the male charge nurse.

To be certain communication is always tricky in Eswatini. Though English is taught in school, Emaswati often do not understand our American English. We typically repeat ourselves, slowing down and trying to enunciate.

“Is it in the freezer?” asked the nurse, pointing to the refrigerator where medications are stored. When Echo shook her head, he continued: “There’s no chicken here.”

The nurse flipped a switch which turned on all the lights in the ward while everyone was sleeping. He tapped Shadrach on the shoulder and spoke in SiSwati.

Shadrach leaving hospital
after hernia repair.
Shadrach pointed under the bed, grinning from ear-to-ear. The nurse pulled a box from under the bed and gingerly opened the lid. A big rooster poked out his head.

“He was too quiet,” laughed the nurse, as he tried to hand Echo the rooster.

“Wait. I don’t know how to hold a chicken,” Echo whispered.

“Let me show you,” said the nurse.

A minute later, Echo walked out of the hospital with a subdued rooster under her arm.

He’s not quite so subdued at 4 in the morning when he starts to cock-a-doodle-do. Still, the boys are excited that soon they’ll have baby chicks running around with the rest of us who sometimes appear “to be running around like chickens with our heads cut off.”

The triplets celebrated their birthday on the 9th of June. Luke contemplated after watching his black hen sit on her 9 eggs all day, “I just wish the black hen would have started sitting on her eggs sooner so we could have chicks for our birthday…”

Appearances and chickens aside, we are grateful for what each of you do for the people of Eswatini through The Luke Commission. We have more successful surgery stories to share in the future. Precious souls continue to say “yes” to the Great Physician; so whether their bodies are healed or not, they have Hope and Comfort.

Love in Jesus,
J. Tuinstra for The Luke Commission