This story was written before Don’s wife Darlene passed away after a 12-year battle with cancer on Dec. 5. We send this story to you now in her honor. Darlene always talked to strangers about The Luke Commission, her enthusiasm never faltering.

“I didn’t know it was coming.  It was a surprise,” Don said, who was presented the award last May at the Illinois Lions convention.  “It’s an honor.”

Don has been a member of the Lions for 45 years, where he has labored for many causes locally, nationally, and now internationally.

“The Luke Commission is a big part of what I do now,” said Don, explaining how he was chosen for the award.

A Lions district governor recommends outstanding Lions members based on their achievements “inside the club and outside the club.”  Then the international director decides whether or not to give the award.

Don admitted with humor in his voice that his partnership with The Luke Commission has been “a lot of hard work.  But I feel TLC is a worthwhile organization, doing a lot of good in a country that definitely needs our help.”

He’s enthusiastic about the “ever-growing group of participants” in Illinois who want to assist The Luke Commission.

Under Don’s direction, medical supplies, school supplies, eyeglasses, and eyeglass cases have been collected, packed, and driven to Ohio to put on a shipping container headed to Eswatini. 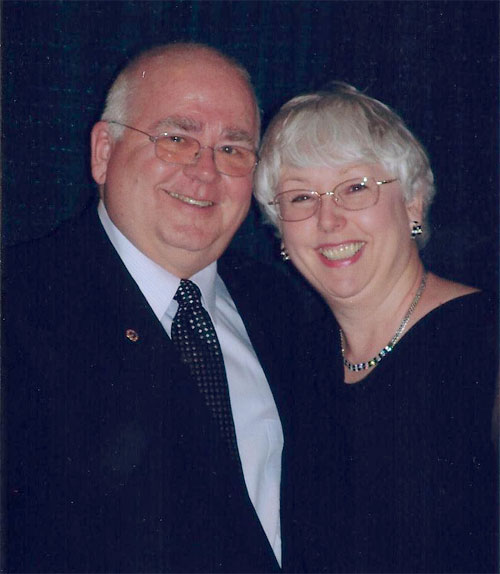 The club raised funds to be matched with other Lions funds for a new vehicle, so Dr. Harry and Echo VanderWal, also Lions members, could take their staff and volunteers out to the bush where mobile medical clinics treat hundreds of patients in a day.  All services are free.

Don was a member of the Libertyville, Ill. Club for many years and then the Fox Lake Club.  He started the Grant Township Club in 2007.  His wife Darlene has worked right beside her husband in various Lions projects since 1985.