Travel Journal: The AIDS Battle Brings Out the Best and the Worst 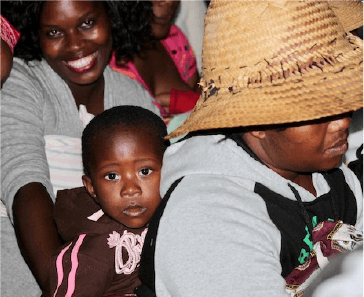 Greetings from this small African country where triumphs and troubles are heightened as The Luke Commission team travels to unreached bush communities offering free medical clinics in the name of Jesus.

Stories abound here. We’ll share a few, hoping you will read between the lines to pray, to weep, to rejoice.

“It’s a war zone here, a different world,” noted Echo. She and Harry see hundreds at each clinic, this week topping the 10,000 medical-patients’ mark in 2.5 months.

How do the VanderWals deal with treating person after person with the HIV virus or full-blown AIDS?

“I block my emotions; it’s too sad to process,” said Echo.

“I try not to think about it,” Harry said. “Too many patients are waiting in line for me to ponder…”

Big Sipho, Harry’s right-hand medical translator, helps. “When we see a desperate family, Sipho and I take time to pray with the family.”

So often we are struck by the beauty of the Emaswati. However, the most striking and the very handsome, a while young-adult generation, have HIV-AIDS attacking their bodies.

Telltale signs include large lesions on their faces, sores in their mouths, venereal diseases, terrible rashes unlike anything seen in the States, persistent coughs, sickly babies on their backs, thin oh so thin arms and legs, and eyes who have lost their youthful exuberance for life.

“Many we treat are as old as our college-age friends, but they are walking death beds,” noted Echo. “If they know Christ, I am not devastated. Their eternal bodies will be healed.”

Urgency slaps The Luke Commission in the face ever day. “I want to be here more, because I realize how fast people are dying,” said Echo.

Harry does find the AIDS pandemic in Eswatini “frustrating. We know our medicines temporarily relieve suffering, but often they do not help for long,” Harry explained. “I talk to patients about antiretroviral drugs and how they could help them live another 10 years, but it is difficult for Emaswati to get these drugs and to get them regularly.”

The VanderWals are seeking avenues to improve the HIV care in Eswatini and have promising leads. HIV testing and counseling is now offered at each Luke Commission clinic, but this is just the beginning.

One emaciated 10-year-old girl next to death in the hospital cried soulfully “Make, Make” – pronounced Magaa for Mommy – as she writhed in pain. She trusted her mommy to do something, anything.

Her mother dipped a cloth in lukewarm water and gently bathed her forehead.

Babies born with the HIV virus usually die before their 2nd or 3rd birthdays, Harry said, but some may live to be 5 or 6, depending on what HIV strain they have and if they have enough food.

One young mother brought her baby boy to a TLC clinic. He looked like a tiny wizened old man. Echo took the baby and his mom to the hospital. The baby improved with constant care and food, though both are HIV positive.

Then Echo noticed that the baby was deteriorating again. A closer look revealed that his mother was hiding her baby’s formula and food. It makes us wonder at her intentions.

HIV affects the mind, too. “It’s shocking to see the spectrum of diseases that are the result of HIV,” said Echo. “The diseases take on many facets, but all come from the same cause.”

Baseline HIV is all across Eswatini, the VanderWals have witnessed, “but some places are terrible,” Harry said.

For instance, the southeastern Eswatini has not received the welcomed rains that have turned the rest of the country green. The dryness and lack of food aggravates the deadly virus. “There’s no hiding; it’s just there,” Harry said.

“If a person is hungry and sick, he will feed his belly first. It will be that way in any country,” noticed Echo.

Amid these sad stories, hundreds of Emaswati are accepting the only real Hope – Jesus. Bibles in SiSwati are now available, (thank you, Luke Commission supporters!) to people who cherish God’s Word and now can read it for themselves. Zionists are recognizing the Christ of the Bible in increasing numbers, too.

The Luke Commission translators are working long hours 6 or 7 days a week, thrilled to be touching their fellow Emaswati. Community coordinators are promoting and attending clinics, assisting with crowd control and interceding in sensitive situations.

None of this could be done without our warriors in North America. “For we wrestle not against flesh and blood…” Ephesians 6:12

Thankfully in Jesus,
Janet for The Luke Commission