Who Will Fill These Shoes? 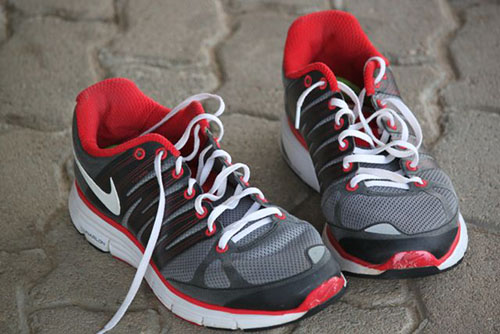 Trent Beighle enthusiastically served Jesus for years, but five years ago when he was diagnosed with a brain tumor, Valerie and Trent made a decision to give their all to God and His work.

“We had a focus change,” Trent told us last year. “We saw two things as clearly as can be. We needed to have an eternal perspective and to live purposely for Christ.”

Trent said his life-threatening illness was harder on Valerie than on him. “But neither of us would change the results that came from it.”

“Dramatically different,” added Trent. “We spend more time together and have a much better relationship with our four kids.”

Oh, how The Luke Commission has benefitted and been blessed by their resolve. Trent and Val spent considerable time in Eswatini, and even brought their children to Eswatini this year to see TLC in action.

The Miracle Campus has his touch everywhere.

Joe Tuinstra, project manager for the Miracle Campus, said: “It’s almost like you feel guilty thinking ‘I still had things I wanted your help with.’ But that is the true sign of his effect on us all. He was tech savvy, smart, get-dirty, blue-collar-if-need-be type of guy. And Val is the female version of Trent.”

TLC outreaches have been streamlined and improved under Trent’s and Val’s gentle tutelage.

Remembering, TLC co-director Echo VanderWal said: “Trent’s fingerprints are all over The Luke Commission. He did time and motion studies at outreaches, decreasing setup and teardown by 2 or 3 hours. He reconfigured all the logistics of packing equipment and supplies, preparing for replication. He consulted daily with the miracle campus project manager. He had a brilliant business and strategic mind and served as a valued adviser to Harry and I.”

Stateside, Trent and Val graciously allowed their new barn, which had been built for other reasons, to become TLC’s storage center. They packed 40-foot shipping containers, bought building and operating supplies, and quietly moved essentials from Ohio to southern Africa – even during an Ohio snowstorm with below zero temperatures.

Longtime TLC supporter Kenton Hill loaded one of those huge containers with Trent in 2013. “Trent always had a smile, never lost his patience all day long, was a born leader able to make decisions and change directions when something wasn’t working well.”

Kenton continued: “He was God’s perfect man in God’s perfect time for The Luke Commission. He was vigorous, almost in a hurry. Though he didn’t know why then, God impressed upon him to get over to Eswatini and get those buildings he was working on done quickly.”

Friday, September 26, Trent’s earthly life ended abruptly, even though recent tests showed the tumor to be stable, and doctors said he was recovering well from a recent stroke. He was 45 years old.

Trent and Val owned and managed successful businesses and supported other ministries, reaching from their hometown of Dayton to Jamaica to New Orleans to Baltimore to Israel and beyond.

He was chaplain to the Dayton Dragons. The Beighles invited baseball players to live in their home. “Ministry activity is highest in our house,” he said. “We talk very little baseball. They’re not heroes to us, just precious children of God.”

Hands-on and hearts-engaged folks, the Beighles were busy about the Father’s work right up to Trent’s final earthly day.

Twenty four hours after he passed, Val wrote TLC: “I’m so sorry he can’t help you physically anymore. He loved you all so much.”

We thank God and the Beighle family for sharing Trent with us. We are richer and wiser in character, in insight, in our own determination to serve with urgency and purpose.

When Trent left Eswatini this July, he left behind a pair of tennis shoes to use on his next trip.

A TLC staff member text a photo of those shoes this morning, asking, “Who will fill these for TLC?”