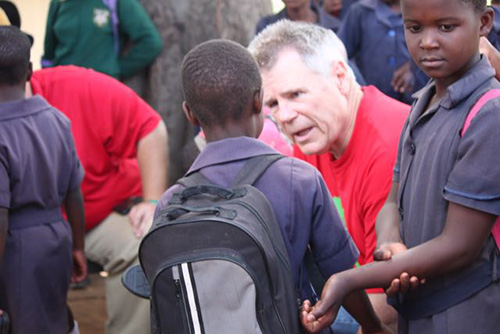 Do you have questions about male circumcision and why TLC is tackling this rather delicate subject?

So did Pat Neely, a Colorado man who a few months ago left his “cushy” consulting job for two weeks to join the Miracle Campus construction crew.One day he visited a TLC mobile hospital site.

“If anyone talks to Echo on the other side of the bed while she performs this procedure, that person will understand,” declared Neely.

“The Luke Commission is changing the next generation in Eswatini,” he continued.“You can see this by the success of their medical outreaches and how many people attend.It’s a generational-thought change.”

Circumcision leads the way in this rescuing of a nation, noted Neely:

“The Bible is my foundation.God talked to Moses 4000 years ago and told him to circumcise his people.Moses was just obeying the law.Now we know the medical facts why circumcision is important.We Americans don’t realize this, because we are given a gift at birth.”

Neely admitted the trend in the US nowadays is to not circumcise baby boys.“The enemy of our souls uses seemingly frivolous maneuvers like this to oppose God and fool us.We rely on trendiness rather than facts in so many areas.”

“This is a different ministry than normal evangelical outreaches, although The Luke Commission is evangelizing and even discipling,” observed Neely while in Eswatini.

“TLC has a true interest in people.Just like Jesus.He stopped and dealt with needs.Going back into the rural communities twice after the clinics to check on those who were circumcised offers more opportunities to speak of Christ and to show His love,” Neely said.

The construction-worker turned clinic-participant also watched the children being touched at TLC outreaches.“Jesus loved children and valued them.I saw TLC staff do that, too.”

From performing circumcision to treating common medical problems to caring for kids, Neely said, “It all makes sense to me now.”