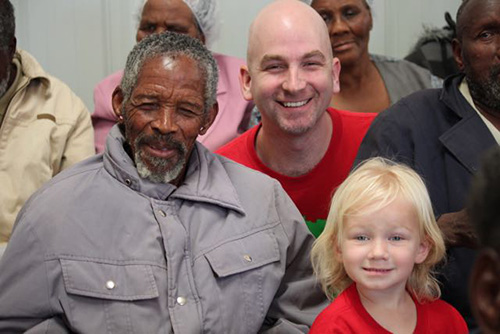 Gideon Dlamini now knows he needs cataract surgery.  He didn’t know that before The Luke Commission came to his rural community recently. He only knew he could not see his grandchildren at play or what was on his plate for dinner.

“I just see clouds,” Gideon told TLC eye staff in room 9. “I came here to find out what is the problem.”

Gideon admits it may be his age. He claims to be 95 years old, although birth records were not kept for most Liswati residents in the early 1900s.

But 95 years or not, Gideon is now on the waiting list for a cataract surgery to remove those “clouds” that block his eyesight.

The Luke Commission is gearing up to perform many cataract surgeries on the Miracle Campus, beginning this August.  TLC staff has identified hundreds of Emaswati whose eyesight would be vastly improved with the surgery.

Dr. Jacquelyn Jetton O’Banion, an ophthalmologist conducting a study of school-age children in Eswatini, explained that The Luke Commission has “a huge platform” to improve vision health – “bigger than any other NGO I’ve ever seen.  TLC eye care will impact the whole country.  Ten years from now blindness will be drastically lowered.”

She continued, “People cry when they cannot see.  A pair of glasses or a 15-minute surgery can fix that.”

While Gideon awaits his surgery date, he was given a pair of eyeglasses at TLC outreach.  His face burst into a smile immediately.  “I can see far away now.”

“We also can give him a pair of reading glasses,” Dr. Jacq noted.  “They won’t solve his problem, but he will be able to see better in the meantime.”

His right eye is 20/60 with 20 being the optimum, and his left eye is 20/320.  The left eye needs the cataract removed and TLC will continue to watch the right eye and intervene when vision becomes more significantly impaired.

Gideon thanked TLC staff for figuring out what was wrong.  The father of eight children, all still living, he lives with his “one and only wife.”

P.S. During the CARES eye launch on TLC Miracle Campus the last week of August and first week of September, Gideon was there! He received surgery. Now he sees!