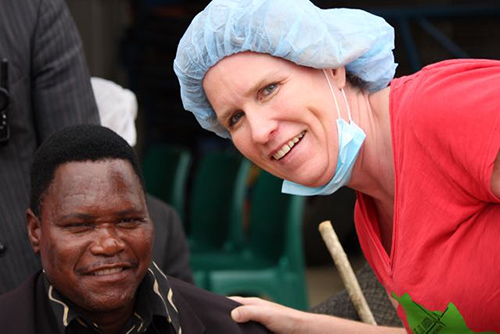 Professionals who work in surgery typically are stoic, at least not given to showing their emotions.

Such happened recently during The Luke Commission’s cataract surgical marathon at the Miracle Campus in Eswatini.

“I looked up with my good eye and saw the expressions of the surgical team and knew I was good,” said patient Makayi Makudze.

“The one called Echo told me, ‘You will be happy tomorrow when we take off this patch.’”

The 53-year-old man was a supervisor in a South Africa mine. One day a year and a half ago, he was hammering a nail, when the nail sprung back and struck him in the eye.

He pulled out the nail and immediately could not see from that eye. It’s called a “traumatic cataract,” unlike slow-developing cataracts due to age. Doctors told him that eye would never see again.

After a phone call from TLC, Makayi left his rural home and came to the Miracle Campus, looking for a miracle but understandably a little skeptical. TLC medical staff warned him that they could remove the cataract. However, the eye might be permanently damaged behind; they would not know until the procedure was performed.

Since his accident, Makayi had sought help from many different sources, all to no avail until now. He attended four TLC outreaches throughout Eswatini, two before his injury and two afterwards.

“The last time I went to TLC, you told me you would call me. I thought you were chasing me away,” Makayi admitted. 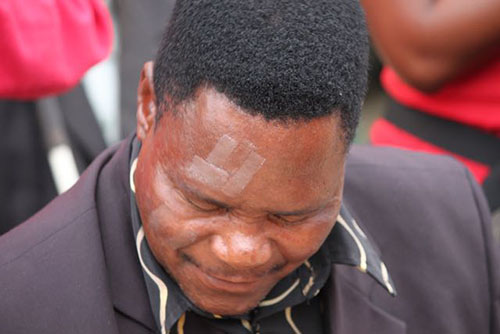 Married and the father of three sons ages 30, 20, and 7, Makayi stayed at the Miracle Campus from Friday through the next Wednesday for re-assessment, treatment, surgery, and release.

“Some patients especially tug at your heart strings,” noted TLC’s executive director Echo VanderWal. “I noticed a man waiting patiently. I noticed him more than once or twice as hundreds were also waiting. I sensed God was doing something with him or for him. When the cataract was removed and the eye behind it was free from injury, I knew his prayers and ours had been answered!” 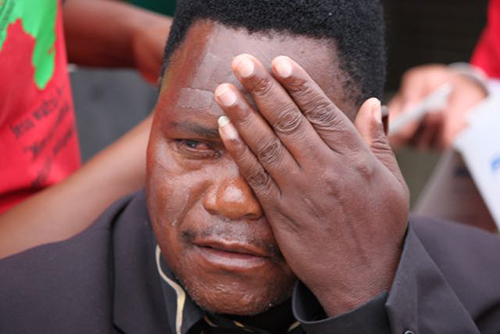 Expressing thanks to “donors in North America,” Makayi said: “May they be blessed with many days on this earth. Don’t stop. Please continue to help others.”

by Janet Tuinstra, on behalf of all of TLC’s partners and patients