Trust and Prevention in the Real World 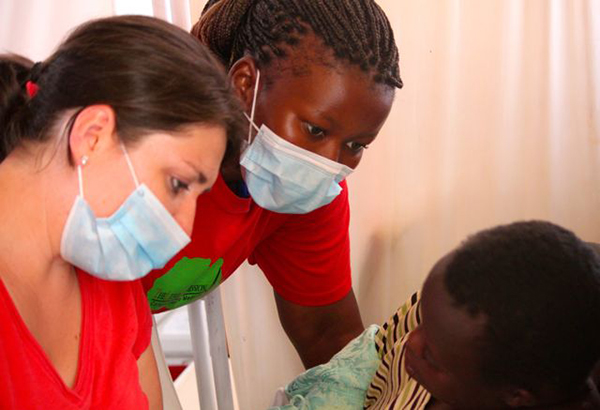 Some stories are hard to tell, but not nearly as hard as living those stories.

Both had vision problems. While their eyes were being tested in Room 9, staff quietly asked the mom of the 19-year-old girl and the sister-in-law of the 26-year-old woman if they had ever heard of a Jadelle.

“No, what is it?” each caregiver asked. “Will it help Bonkhe? Will it help Simphiwe?” (not real names to protect the very innocent)

“Yes,” explained a TLC nurse. “It’s an implant in the arm which will provide birth control for five years.”

Because of their Down syndrome condition, the young women are considered high risk for abuse. Pregnancies in either case would not be wise.

In fact, both girls have been sexually abused, their medical records from TLC’s Room 1 indicated.  One is HIV+ because of this ill treatment.

One lives with her mom, two sisters, nieces, and nephews. Her father is “long time gone,” so no male protects the homestead. The other lives with her mother and father but was brought for treatment by her brother’s wife.

Both smile easily but barely speak. Both obviously trust people, those they know and those they do not. Though adults in body, their minds understand like children.

Both caregivers granted permission to put Jadelles into the girls’ arms. The procedure took about 15 minutes for each young lady. They were pleasant and cooperative.

The mother of the HIV+ girl whispered: “She could die anytime.” She is taking daily antiretroviral drugs.

“I must whisper because my neighbors are listening,” Mom said.

It is a neighbor who regularly abuses Bonkhe, her mother said, but it was unclear just who was listening. At the same time, the mother admitted she depends on “neighbors” to give her family food.

She used to sell fruit at the market to earn an income. “Now I can’t see,” Mom said.

One eye is blind and the second impaired without treatment options. An examination showed she did not have a cataract or glaucoma or a detached retina. She was fitted with a pair of reading glasses and given sunglasses to protect her good eye from the sun.

The caregiver for the other Down syndrome patient said their neighbors were “good to Simphiwe” and didn’t take advantage of her decreased capacity to understand the world and people around her.

Still she had been abused somewhere by someone.

(Since TLC began offering Jadelles last year to females of childbearing age, these patients were the second and third mentally-disabled patients to receive the implants. The first patient that TLC staff met a few months ago lived with her grandmother and already had given birth to a child that was now being raised by Grandma.)

When asked if she knew Jesus loved her, Simphiwe smiled big and nodded her head with recognition. “Suffer the little ones to come to Me and forbid them not, for of such is the kingdom of heaven.”

Heaven and Jesus came a little closer to all who met these two young ladies. Their joy amid the confusion of a wicked world convicts us all.