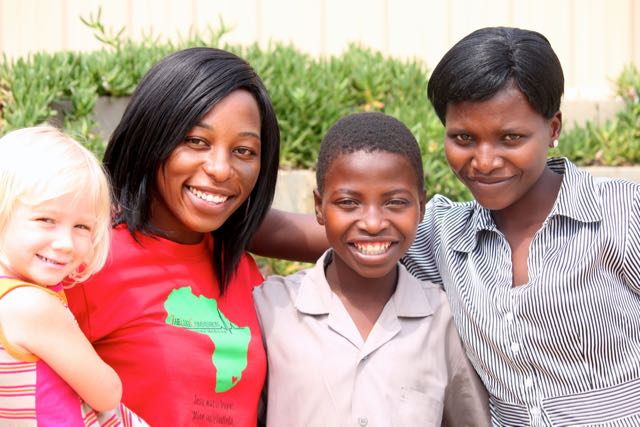 This was not something Sandziso Ndlovu thought he could ever say.

The constricted foreskin on his penis causing severe adhesion prevented him from urinating properly. He suffered both physically and mentally.

In October, 2015, the 12-year-old youth came to a Luke Commission outreach, hoping circumcision would solve his problem.

“They told me I needed to see a special doctor,” he said of TLC medical personnel. He was sent home with a request to come to the Miracle Campus in Sidvokodvo.

His mother said she didn’t have money to go to Sidvokodvo and “didn’t know that Luke Commission.”

Sandziso continued to get sick often and struggled at school. As a fifth-grader, he tried to keep his condition from the other boys. He wouldn’t go swimming with his friends and became a loner.

The youngest of seven children, Sandziso wanted to be a policeman. “But some people told me I’d never be a man,” he remembered.

TLC staff called his homestead several times, encouraging his parents to bring the boy for help. Finally in January, the boy’s father agreed to bring him to the Miracle Campus. TLC agreed to pay the transport fees and all medical costs.

Echo VanderWal, TLC’s head of surgery, explained to Sandziso’s father that his son needed an operation and would have to stay on campus for a few days to watch for infection or complications.

“Am I supposed to go home now and then come back?” his dad asked Echo. “May I see my boy first?”

“I was touched by the father’s concern for his boy,” said Echo, who, along with four others from TLC medical staff performed the surgery the next day. That was the end of January, 2016, three months after TLC’s first contact.

“It was a difficult phimosis,” said Echo.

“His penis wasn’t going to function, if he didn’t get help before he reached adolescence,” said Dr. Dennis Zaide.

However, a week later Sandziso’s father took him home. “Now I will be a man,” the boy said quietly with an undeniable smile, “and like other boys.”

Two weeks later, the youth’s sister Tanele brought him back to the Miracle Campus for a checkup. “My father sends me to thank you. He cannot explain how happy he is,” she said. “He was worried about his boy. May God bless you.”

Tanele said her brother talked about The Luke Commission all the time at home, saying he would never forget…

Thinking back, Sandziso said he was four years old when he realized he was different. “I’m so glad The Luke Commission helped me.”