She Returns to Say “Thanks” for Her Son’s Life 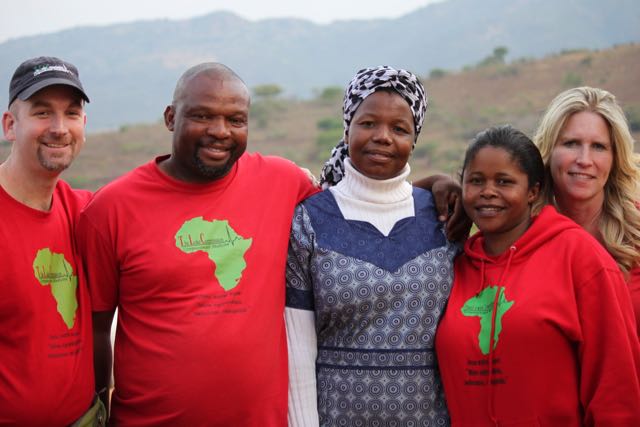 Reconnecting with patients who no longer need a doctor is a joy that is always just around the corner – or at the next TLC mobile hospital outreach.

Cebsile brought her son to a Luke Commission outreach when he was seven years old.

“I had lost hope,” she said, remembering the day she met Harry and Echo at The Luke Commission mobile hospital outreach in her rural community.

The boy had a large tumor on his neck. It had been growing for three months, when his mom took him to the hospital in Manzini, where he stayed two weeks, and then was discharged. The tumor kept growing. Cebsile took her son back to the hospital where he remained another two weeks, “but the medications they gave him didn’t work.”

“My boy would have died if we had not met The Luke Commission that day,” she explained. “I just came to say many, many thank you’s.”

Dr. Harry diagnosed the tumor as atypical tuberculosis. “It was still TB but a different type that doesn’t attack the lungs,” Harry explained. “Infections had settled in the lymph nodes on the boy’s neck.”

Mazwathini was put on the correct antibiotics and then spent another three months at the hospital. TLC visitors often stopped to see how he was progressing. His mother stayed by his bedside most of those three months, sleeping on a mat on the floor.

The treatment took “a long time, but it worked,” said Harry.

Today Mazwathini is healthy, attending school, and wants to be a fireman.