Latest TLC Venture:“A Little Bit of Farmer in All of Us” 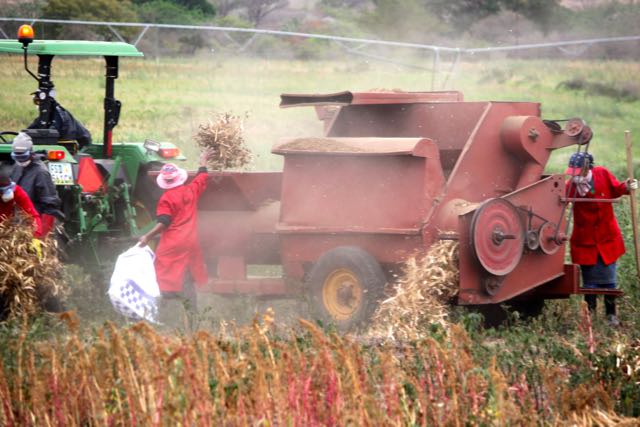 On land recently added to Miracle Campus in Eswatini, The Luke Commission is trying its collective hand at agriculture.

“Farming is like life. You get up every morning, do the best you can, and it turns out okay,” said the Miracle Campus assets manager Joe Tuinstra. 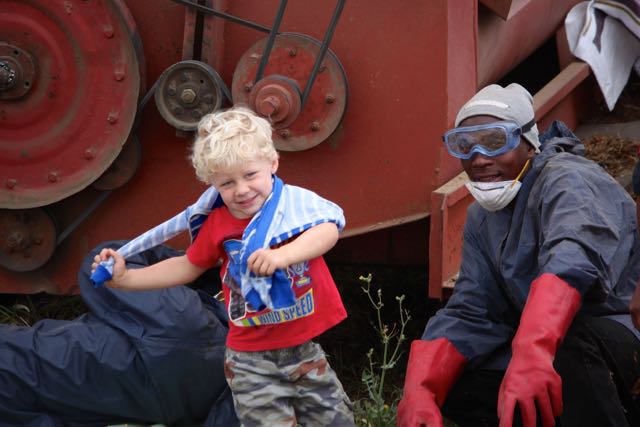 In 10 days with a crew of 30 working from dawn to dusk, 35 hectares (about 80 acres) of sugar beans were harvested. 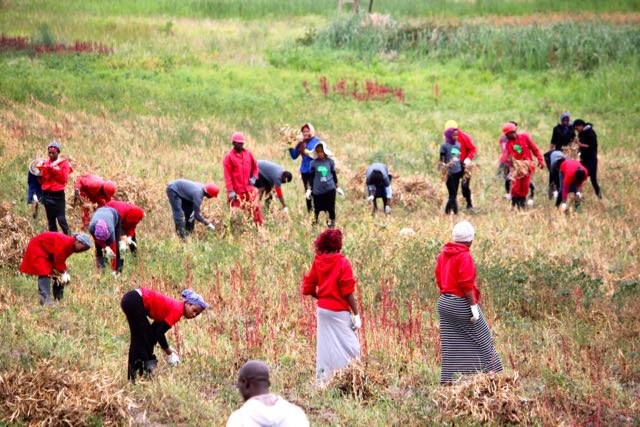 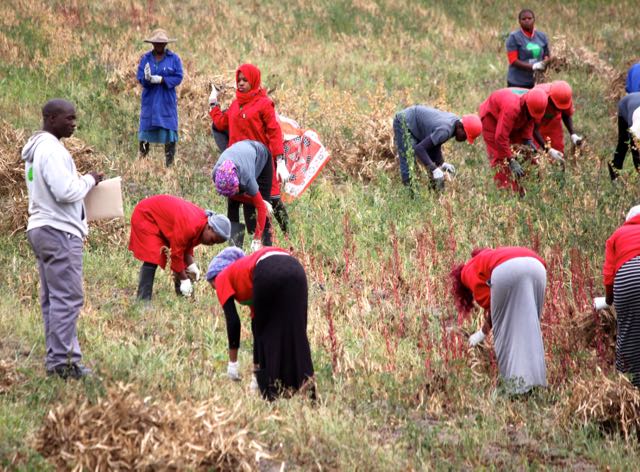 The beans were picked by hand piled into “wind rows,” and then put through a borrowed bin harvester. No combine harvesters are obtainable in the country. 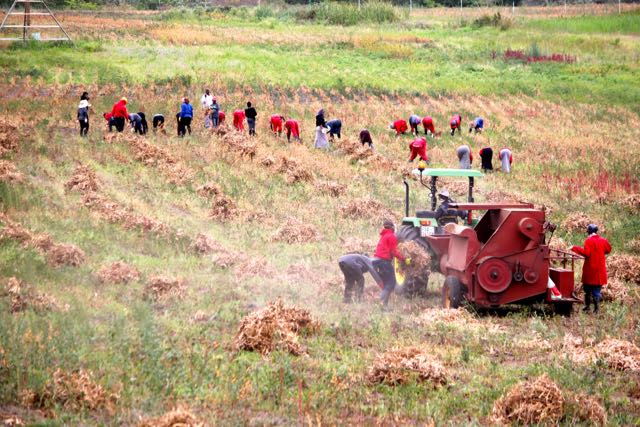 Then the beans are winnowed to blow away the last defective beans and tiny leaves. The goal: to sell grade A beans. Packaging and selling still remains to be done. 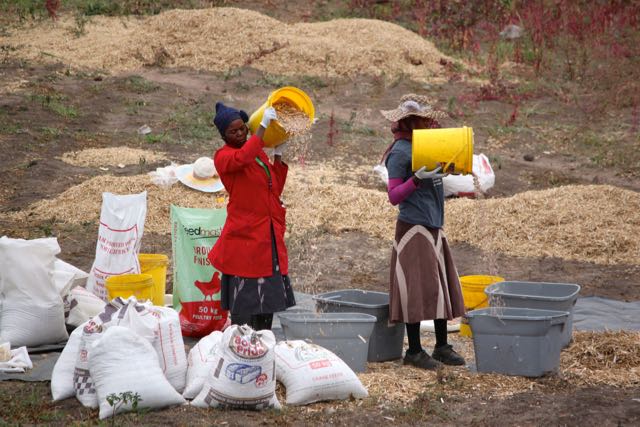 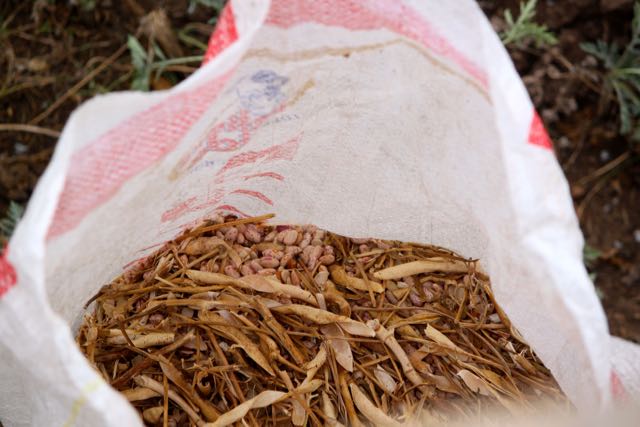 Farm supervisor Simphiwe Fakudze said that next time TLC will plant sugar beans at the “right time,” in February or March. It was late April and early May before the first crop was sown, only a short time after TLC took possession of the land.

“Then we were disturbed by the frost in August which does not happen in Sidvokodvo, usually,” Simphiwe said.

“When we picked them, the beans were better than I expected they would be.” She commended her crew for “working very hard and trying very hard.” 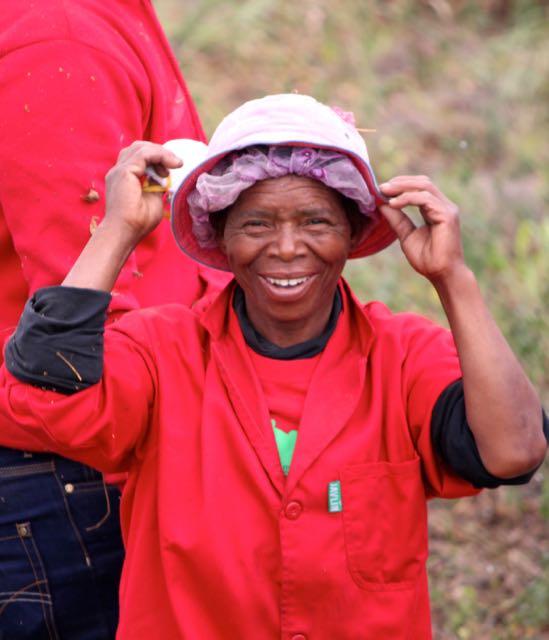 “It’s wonderful to feed so many people,” said Simphiwe. While harvesting the sugar beans, the farm team also weeded 1.4 hectares (over 3 acres) of new vegetables just being planted. 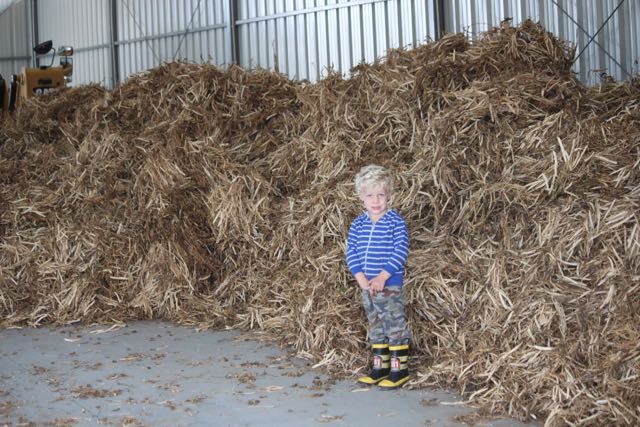 Therefore, to the man who told the assets manager when TLC first decided to tackle farming: “There’s a little bit of farmer in all of us,” we say, “You’re right!” 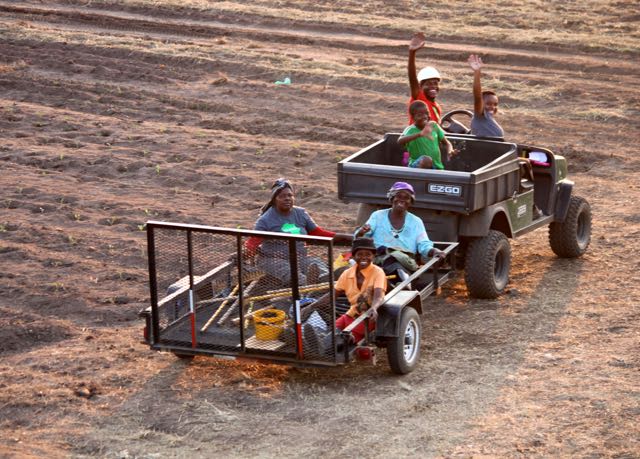 PS – Photos taken from atop a telehandler donated last year by Barloworld of South Africa.