‘Thank You, TLC, for My New Mouth’ 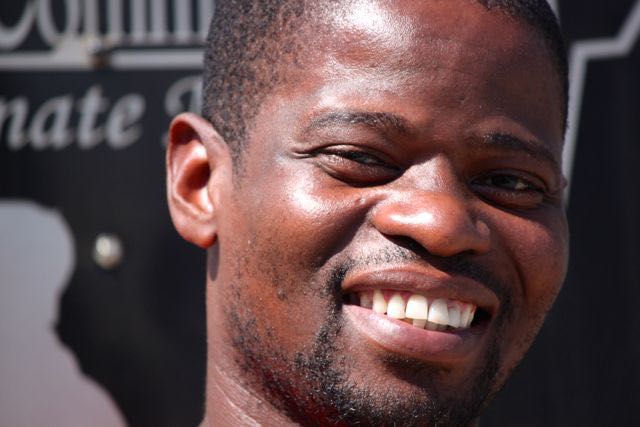 Sakhile is a valued member of The Luke Commission. He counsels HIV patients. He drives wherever TLC sends him. He works hard and leads quietly. However, and it’s a big “however,” he looks sad, a little withdrawn.

That’s what appearances can do. Confuse who the inner person is.

But all that has changed for Sakhile, as dental assistance has been offered to the ever-growing TLC staff.

A member of TLC team, who worked as a dental assistant in the US for 15 years, began examining teeth, one person at a time. It’s part of the staff wellness program. Years ago, a dentist volunteered a short stint and left his tools when he returned to his American practice. At the same time, a local Eswatini partner received a dental chair he was unable to use. Now all this equipment has been incorporated into TLC’s program. God’s provision in God’s timing…

“We can pull teeth, but with so many of our staff being young adults, we desire to save the teeth we can,” said Amannda Tuinstra.

Enter Sakhile Hlophe, age 32, with a mouthful of issues that he first noticed in 2011, but admits probably started long ago. Front teeth problems were particularly noticeable. Sakhile stopped smiling (unless someone asked him to for a photo).

“But when you don’t smile, people think you are something you are not,” he said.

“I didn’t think they could be fixed,” Sakhile said. “My mother even told me to pull them out.” Recently, he went to a dental clinic on his day off with that intention, but it was closed.

Then TLC got involved. Amannda accompanied Sakhile to appointments in Mbabane and Manzini, Eswatini’s two main cities. They consulted available dentists. One recommended extraction; another suggested keeping the teeth.

“Could you give a discount to our staff?” asked Amannda. “We have a staff of over 100 who may need dental work.”

“Write me a proposal,” he said, as he nodded his head “yes.”

“It’s divine intervention, for sure,” said Amannda, “and reminds me not to ignore the nudging of the Holy Spirit.”

“To me it’s like I’m dreaming,” he said a couple days post treatment. “I’m a different person. Now I can smile and laugh like everyone else, and I’m still young.”

Sakhile continued, “These teeth are like precious stones to me. Now I will care for them. I did not do that before. I’m very grateful to TLC for helping me.”

When the details are worked out, TLC will pay a portion of the cost, as will the staff member. Amannda said Sakhile had no infections, “which was unusual in a mouth so compromised.” He still may need another root canal on a back tooth, as well as four or five cavities filled.

After the dentist was done doing the three root canals in one appointment, Sakhile sat down by Amannda. The dentist told him, “Go look in the mirror.”

Gingerly, Sakhile approached the mirror. “He looked, and then started smiling, bigger and bigger, tilting his head back and forth, looking at his mouth at different angles, all the while smiling, not just with his mouth but with his eyes,” Amannda said, herself smiling as she told the story.

“It’s thrilling to work under a leadership that cares for their staff like this,” she added.

A TLC employee for two years, Sakhile is not married, has no girlfriend or children. He would like to be married, though. “I’m praying about a wife,” he said.

Before he came to The Luke Commission, Sakhile volunteered at a hospital and packed wood for the forest industry. He earned his driver’s license three years ago.

His father died in 2013 from diabetes complications. His mother lives with his four brothers. Sakhile takes her money and food every month when he’s paid.

“TLC has changed my life,” he said, even before dental treatment. “I’ve learned many things – to speak the truth and not lie, to keep a standard and not take shortcuts.”

He appreciates discipleship meetings with the staff every Thursday morning and Bible studies Sunday evenings. “I have not been very devoted to Jesus, but I want to know Him better.”

Counseling those who have tested for HIV at TLC outreaches is “difficult, but I enjoy it. They need to know how to live and stay HIV negative.” He also has learned to take x-rays in Room 4.

Sakhile especially likes being a conductor on one of the buses that picks up eye patients to bring them to the Miracle Campus for vision treatment and cataract surgery.

“We go right to their homesteads if they don’t meet the bus,” smiled, yes smiled, Sakhile. “Some make excuses why they can’t come. It’s not that they don’t want help. They’re just used to sitting at home and don’t want to travel. When we find them, they say ‘Now that you’re here, I can go.’ We just don’t give up, and they know they can trust The Luke Commission.”