Spotted on a Hillside… 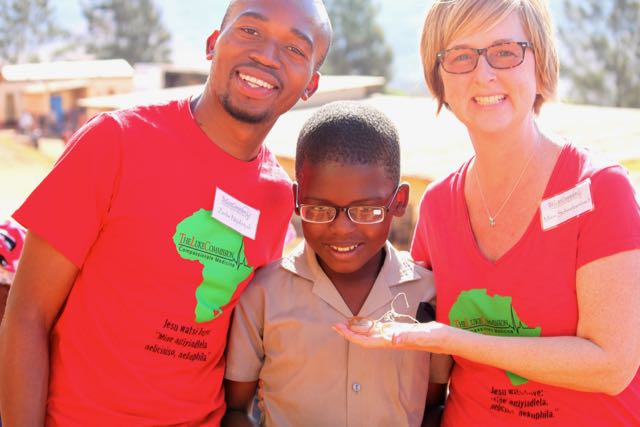 Far on a hillside, a long way from The Luke Commission’s Room 9, staff member Missi saw a schoolboy squinting to look through “such a small pair of glasses.”

Missi thought, “Thank you, Lord, for letting me look right there right now.”

The boy, 5th grader Basha Mkhulisi, responded excitedly as he was beckoned to TLC’s vision department.

Basha needed a new pair of eyeglasses, that’s for sure. The ones he wore high on his nose were glasses he received three years ago at the age of 8. Now 11 years, he said, “I have grown much.” He laughed, when he added: “My glasses did not grow.”

Most of the morning Basha spent in Room 9. His eyes were tested, dilated, and then refracted for 45 minutes to an hour. It’s a process, but one TLC follows to get the best results for each eye patient.

“I came to school today when I heard The Luke Commission was coming hoping to get new glasses,” Basha said. “But I didn’t even have to ask for help. This ‘make’ (mother) found me!”

Basha’s eyes were myopic, meaning he was near-sighted and needed eyeglasses with a negative power. Both of his eyes required the same correction, so TLC did not have to special order glasses for Basha “as I thought we would,” noted Missi.

TLC staff asked Basha to sit quietly wearing his new glasses to make sure they were right for him. Basha was learning English in school and could communicate easily with TLC.

“This was divine providence for today,” added Missi.

Basha had been to The Luke Commission mobile hospital outreach at his school the year before. “I got new shoes and just watched,” he remembered.

Basha lives with his father, mother, grandfather, grandmother, and three sisters. “I hope to go to high school,” he said, as he meticulously signed his name on a TLC form. “I am very, very excited to see clearly what I am writing.”