A Man for all Liswati Seasons 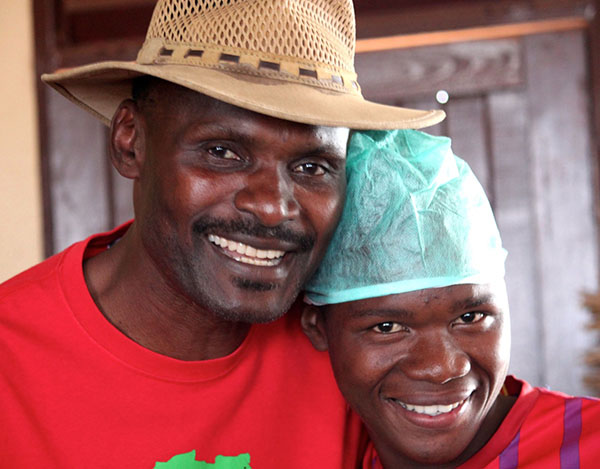 During the years since, Rogers has increased understanding between Liswati chiefdoms and TLC’s Compassionate Medicine model.

While Rogers hopes to return to government in 2018, he will “never be ashamed to partner with TLC,” he says. Rogers met Echo in 2006. “I wanted free medications for my area. I saw my community needed help, and Echo helped.”

In TLC’s early days, Rogers, a former newspaper and radio broadcaster, started announcing TLC outreach schedules for rural communities. He still does those announcements. “I designed them so they would not be politicized. No one person could claim TLC was coming to his or her community. I did not mention Harry or Echo, either.”

Rogers often speaks to chiefs and traditional leaders about The Luke Commission.  He understands and appreciates his culture. “There’s no place like home. With me it’s just that. I can’t imagine staying out of the country more than a week. That’s too long for me.”

He says to supporters who are in other countries: “TLC is so great to the poor in rural areas. You are not throwing your money in the river. Donations are looked after well, and accountability is in place.”

Rogers buys sugar, beans, rice, mealie meal and gives these to homesteads headed by “little ones” or widows, “both men and women,” those who “don’t have anyone to cry to get help.”

“What puzzles me is that people say, ‘Go to Mamba. He’ll give you food.’ But if I see they can afford, I will say no; even though it’s hard for me. I can tell when an old person comes to me and is hungry. Sometimes that person’s son doesn’t care much or take care of his father or mother as he should.”

Mealie meal now costs E400 for 50kg. “That’s much higher than last year because of the drought,” says Rogers. An old person gets E660 every three months.

Rogers tells that he was one of those poor boys. He sold chips and candy to schoolmates to earn money and bought an inexpensive camera to take photos for profit. “I always wanted to help people, and I have learned to know when others want to help people,” notes Rogers.

“I do not see Harry and Echo leaving Eswatini and the poor people here. I don’t talk about TLC’s investments, which aid Eswatini’s economy; they are just a bonus,” says Rogers. “But Harry and Echo are so passionate toward people. That’s why my phone often rings in the middle of the night. When I see it’s Echo calling, I always answer.”