Need a Little Help FOR My Brother 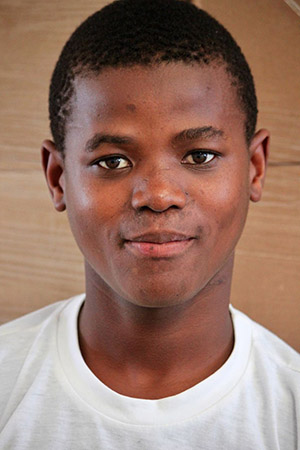 Families are touched, heartened, prodded to take their health seriously when one of their own finds employment with The Luke Commission.

Such is the case with teenager Mfanimpela. His brother Thembinkhosi came to work for TLC January 2017.

Recently, the younger brother Mfanimpela came from high school three hours from the Miracle Campus to test for HIV.

The 17-year-old boy has been running unexplained high fevers and battling a persistent cough, health signs no one likes to admit or recognize.

Mfanimpela lives with his grandmother, two younger brothers, and a younger sister. His mother works in one of Eswatini’s two cities. Traveling home on payday weekends, she urged her sick son to get tested. She knew The Luke Commission could help. That’s what her older son told her.

The positive diagnosis came unwelcomed but not surprising. Mfanimpela was counseled by trained TLC staff as to his options moving forward, encouraging him that he still had a future. He is in the fourth of five years of high school and hoped to complete school, a coveted accomplishment among Liswati young people.

A week later while waiting for his pre-ART (antiretroviral therapy) appointment on the Miracle Campus, Mfanimpela talked quietly and introspectively. He said he was prepared to take medications every day, which is necessary to fight the virus successfully. He admitted to being “a little sad.”

While Mfanimpela considered the changes his life would take, a song started playing in the TLC vehicle warehouse, which serves as a medical center during the day. Words to that song seemed to sink into Mfanimpela’s mind and maybe his soul, making him smile: “I’m no longer a slave to fear.”

With that smile, we linger. May this young Liswati heading into manhood know many years of improved health, amid the challenges of HIV.

“Thank you for giving my brother a job. Now you are helping me.”

It’s a large family affair, to be sure.

by Janet Tuinstra for TLC
Mfanimpela gave permission to tell his details and use his photos. May his story encourage you.