One Circumcision May Lead to Many in One Family 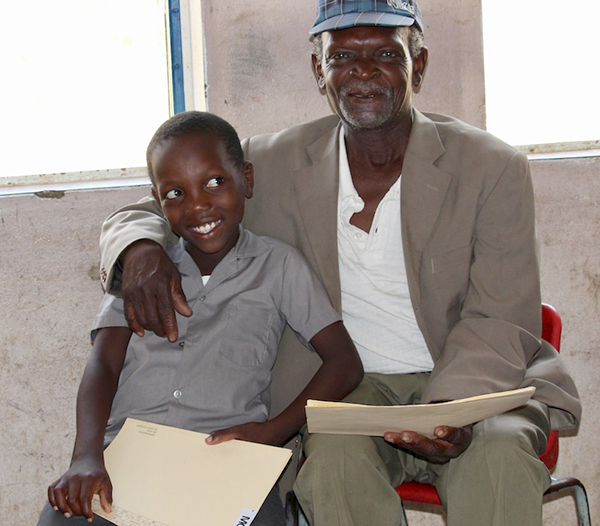 He brought his fifth son to be circumcised at age 10. Now he will tell his four older sons “to go to The Luke Commission when you come back next year.”

Roy smiled and openly celebrated that TLC was in his community and supported by USAID and PEPFAR, which allowed his son Siphelelo to be circumcised that very day.

“I want him to live longer and grow up to become a teacher or a policeman,” said Roy.

“This is my first time to know The Luke Commission. My community leader told me TLC was coming to bring life,” the proud father continued.

At age 71 years, Roy loves his son “of my old age.” He has a younger son, age 8, born to his second wife. She is 39 years old. His first wife passed away, and then he remarried.

A farmer for many years, Roy still grows crops, such as cabbage, maize, and peanuts, to sell. “Next time I will bring my wife,” he added. “Look at all these people you are helping.”