A Story for the Ages Starting with a Three-Year-Old 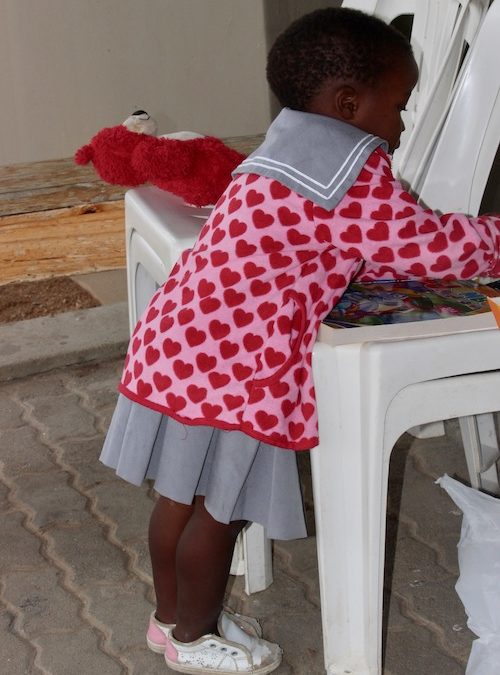 “And a little child will lead them” was played out at The Luke Commission hospital recently.

A three-year-old girl told a group of adults, “Please forgive her.”

What were the adults’ responses? Laughter and mercy and hugs for the little mediator.

It’s one of those stories that will be told again and again.

An extremely ill patient woke up several nights in a row, shouting and insulting patients in nearby beds throughout the women and children’s ward.

“I think she was confused in her mind,” suggested a TLC counselor. “But she was noisy in the middle of the night.”

The next morning, the loud patient would apologize to many patients, at their promptings, and say she could not remember hollering at them.

After several days (and nights), the patients told the sick lady: “We tired of you saying you’re sorry and then doing it again the next night.”

“You are disturbing our sleep.”

“We don’t want to hear your apologies any more.”

Wandering back and forth among the women as the problem was discussed with a counselor was the little girl. She stopped, glanced at everyone in the circle, and announced: “Please forgive her.”

“What could anyone do, but laugh, and agree to do just that,” remembered the counselor. “We did not think that our she understood when we talked about forgiveness and how it’s what Jesus wants us to do.”

The patient passed away a few days later. But her end days were surrounded with a medical team doing everything they could to help, Bible readings and TLC prayers, and the friendship of a tiny child.

This young resident has lived at the Miracle Campus for a year. Eswatini Social Services, partnering with The Luke Commission, is trying to locate her parents or find a suitable home for her.

Meanwhile, she has found acceptance and love among patients, doctors and nurses and medical personnel, counselors and cleaners and visitors. She runs outside to greet those she has seen before, reaching up her arms, asking with her body language to be held for a moment.

But only for a twinkling is she motionless and still. After all, she has some serious watching and listening to do…