Out of Harm’s Way 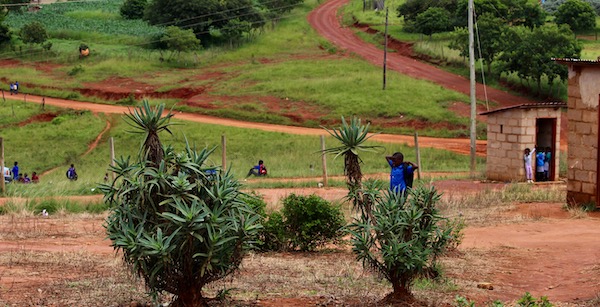 Some stories cannot be told until they are many months old. In this case, it’s a couple of years. Even the timeline needs to be cloaked in secrecy.

An older man brought a 27-year-old lady we’ll call Cebile to a Luke Commission outreach. Coming under the cover of darkness, she was the last patient that day.

The man said she had come from South Africa to work in his shop. “She is not feeling well, is too much tired, and has headaches.”

He continued: “I wanted her to go to this outreach before I send her home.”

Later, it was discovered that she had not wanted to leave South Africa, but the man persuaded her. He said she could not leave, and practically had made her a wife.

A routine HIV test showed she was HIV+. A blood draw showed her viral load was high and her CD4 count was low, which meant the immune deficiency had progressed.

A couple days later, the man visited Cebile at campus and brought her clothes. Although reluctant to talk to the medical team, he allowed Cebile without incident to remain on campus for monitoring. Cebile smiled while he was there. However, her hands shook, and her eyes never quite met his.

Compassionate care comes in all dimensions. When asked if she had a relationship with Jesus, Cebile answered: “I’ve never seen this Jesus.”

After a TLC staff member explained who Jesus is, Cebile joyfully was led in prayer to accept Him. “I see Him in my mind now.”

She was given a Zulu Bible. Her smile spread all across her pretty face this time. (The Zulu language mirrors Siswati), except for a few letters and sounds. Those who speak Zulu are proud of those differences, as are those from Eswatini. A Bible in a person’s childhood language is valuable beyond compare.)

Meanwhile, The Luke Commission team was making a plan to get Cebile safely back to her family in South Africa.

“It’s a cross-border assignment,” said a TLC coordinator. “When we find her family, we will need to hand over the medical care and referral packet. We must do counseling about HIV with her family and stress the importance of continuing ART, so she can live a long healthy life.”

Early the next Saturday morning, a TLC staff member and a TLC driver, with the help of local police, quietly took Cebile to the border where she was allowed to return to her home country.

The two staff members traveled several hours to Cebile’s home. They obtained contact information from several family members and neighbors in order to confirm that Cebile was linked to medical care for the foreseeable future.

What was Cebile’s reaction upon reaching her homestead was profoundly heartfelt: “Thank you. Thank you. I went to the city to find work when I met that man. He will not find me here.”

And from a TLC doctor later that day: “Well done, team! So great to see another miracle as God allows this precious soul to be returned to her family and out of the hands of her abuser.”