Her Father Follows the Father

(These photos of a few TLC staff members speak, with no words necessary, of their delight in being fathers.)

This is a Father’s Day message to encourage fathers, who like Father God in the story of the prodigal son, do not give up, just keep praying, and wait expectantly for their child’s return.

Xolile coded twice. That means she, in essence, died twice. Her heart stopped beating. But TLC’s medical team worked on her body, not once but twice, to get her heart beating again.

As she recovered, Xolile began to rethink her life, her habits, and her view of many matters. That’s probably an understatement.

The Luke Commission staff contacted her father, who came rushing to the campus. He had been praying for his daughter for years. He had tried to forget her when she continued her wayward behavior; but that’s not easy, if even possible for a parent.

This father’s prayers were answered the day Xolile coded. She asked her dad to forgive her. She knew her father had never stopped loving her, even when she turned her back on him.

Xolile had dropped out of college and turned to drugs and bad friends. She ran away from home, and although her father repeatedly brought her back to their homestead, she would not stay. The lure of another life was too great. 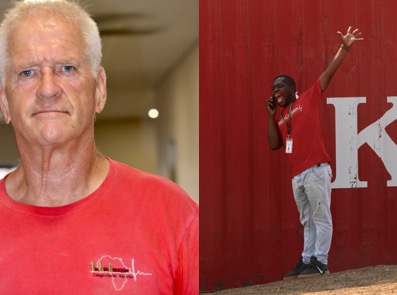 After her clashes with death, though, Xolile asked for her father’s forgiveness. He said he loved her “so much and hold nothing against you. I cannot judge you, my daughter, because everyone makes his or her own mistakes.”

The calm and comforted father continued: “What makes me happy is that Xolile has seen the light at last.”

This time, Dad prayed with Xolile, not just for her. He thanked The Luke Commission for giving him this opportunity to see his daughter—to see her restored and alive.

The example of Xolile’s father touched everyone who witnessed the reconciliation. May it also touch all of us this Father’s Day. (JT)