When the Mind is Surrounded by Love… 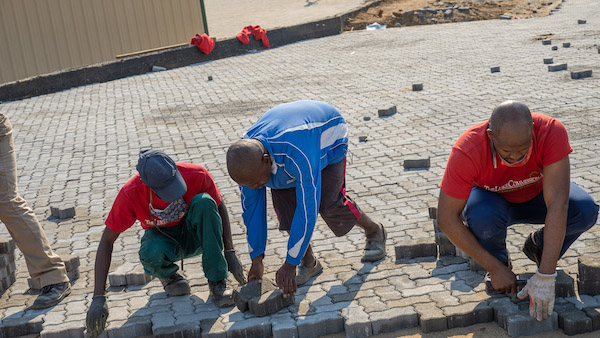 It’s remarkable how a mind, and body, responds to intended tenderness and tenacious attention.

Jabulane has been a patient at The Luke Commission for two years. He is mentally disabled, and his past saw him isolated at the end of a chain for ten years.

When his family allowed TLC staff to loose the shackles and bring him to the Miracle Campus, he began a journey to recover a meaningful life.

Jump to last week, when after months of wandering around the large campus, Jabulane volunteered to work. And work he did! For two straight days, Jabulane carried bricks, called pavers, to build roads around new campus buildings.

Just what-and-where the assets team need pavers, Jabulane is in the middle.

“Now I can get paid and buy some soup mix at the end of the month,” he was heard saying to anyone who was listening.

That in itself is remarkable, since Jabulane does not speak often when in public. And when he does speak, his words can be challenging to understand.

TLC staff member Mayisela directs a division of the assets team, which is laying thousands upon thousands of paver bricks.

“Jabulane just walked up and started working with us one day,” Mayisela smiled. “He did a great job and seemed to be enjoying himself. I did not have to push him. I thought this is a normal guy and not a patient.” 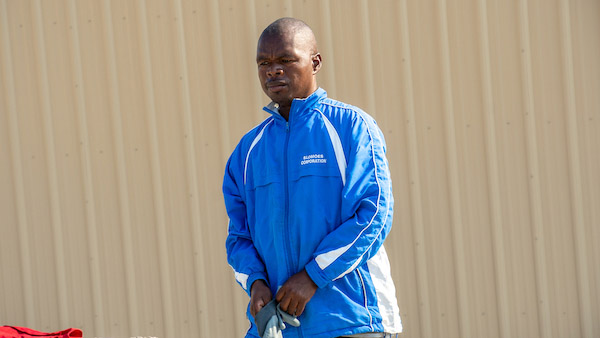 Continued Mayisela: “He was carrying the pavers (bricks) and putting them right where they needed to go for the men who were laying them. He was a great worker. He is welcome to come back.”

Jabulane’s life at TLC’s Miracle Campus has been a series of starts and stops, losts and founds, medical interventions and spiritual counseling, wanderings and coming back home, quiet musings and joyful dancing.

But one thing is for certain: He is free to roam throughout the 170 acres which make up TLC’s home, and he is watched carefully by staff who care.

Simanga is his roommate at staff housing. How has Simanga learned to live with a 40-year-old man whose erratic behavior got him chained to a tree by fearful family members? 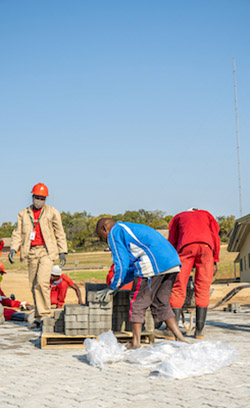 It’s a team project, and Jabulane volunteers to be a member of the team.

“We’ve had some challenges,” said Simanga quietly. “We had to be patient, because he did not want to do what he was told. I would talk to him time and time again about tidying his bed. That’s just one thing. Then I realized that if I was not strong enough, he would just keep ignoring me and I would feel annoyed.”

“Sometimes I have to be firm. Others who were trying to help him would call me, because he was ignoring them, too. But that has changed. He is not the violent guy now that he was when he first came,” explained Simanga. Back then, Jabulane might dismantle an entire staff bedroom when no one was watching.

“He used to look at us with those eyes that said ‘No, not doing.’  If he went high, we had to learn to go low and to talk to him like a man,” Simanga said.

Today, Jabulane washes his own dishes and straightens the area around his bed. “We no longer have to make him bathe or wash his underwear,” said Simanga. “Sometimes he even shows respect and says thank you when I give him something. When he wants something, we emphasize that he must ask politely.” 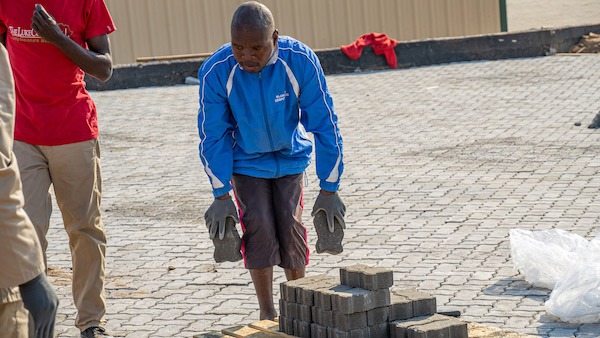 “I know this,” says Jabulane.

Simanga is a counselor at The Luke Commission. However, when Jabulane has a spell or gets too agitated, Simanga calls for backup from the TLC medical team and the spiritual advisers.

Since assignments take Simanga off campus in the daytime, various staff members take turns shadowing Jabulane. He’s a little unpredictable when he gets a mind to wander.

In the first months as a patient at the Miracle Campus, Jabulane said little and would walk away frequently. More than a few times, the whole TLC campus was called upon to pray for Jabulane’s safety and his return.

“We used to have to look for him for a day or two, or for an hour or two,” remembered Simanga. “Now when he runs away to Tri-Cash (the local grocery store), he can come back by himself. If he doesn’t, now we know where to find him.” 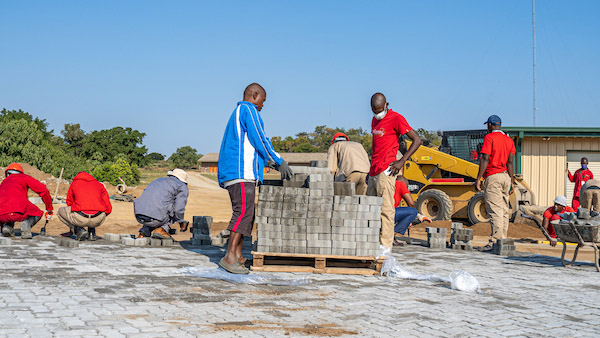 Jabulane used to stay alone, Simanga said. “Then we realized that he needed to be with other people. After we started living together, he began to improve.”

Simanga also lives with two other patients who need overseeing and acceptance. “I don’t mind,” he said. “It’s one of the things God has given me to do.”

When Simanga saw Jabulane working with assets team, he was surprised and pleased. “I didn’t think he was going to last the whole day, but he did.”

In the evening, Simanga asked him: “How was work?” This is the answer he received from a man who barely talked for years of his life: “Everything was fine. I know how to do that thing.” 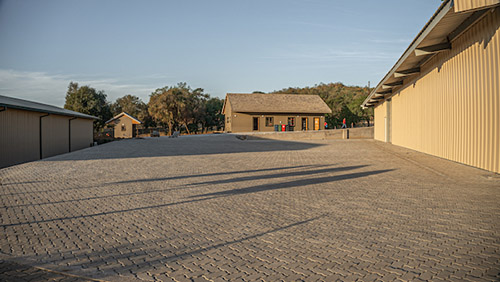 In the eyes of many is this job well done with satisfaction.

Jabulane used to want to leave the Miracle Campus. He missed his mother. The TLC staff asked her to come to campus. Now she visits him regularly, and he is settled.

It’s not unusual for passersby to see Jabulane sleeping on the grass—anywhere soft and quiet. Other times, he will dance to the music playing on campus during workdays. He liked to attend church before COVID-19 interfered with large-group assembling.

Jabulane is accepted and loved on the campus, which has become his home. It’s cause enough for the staff to declare: “To God be the glory.”