An Eye from One to Another 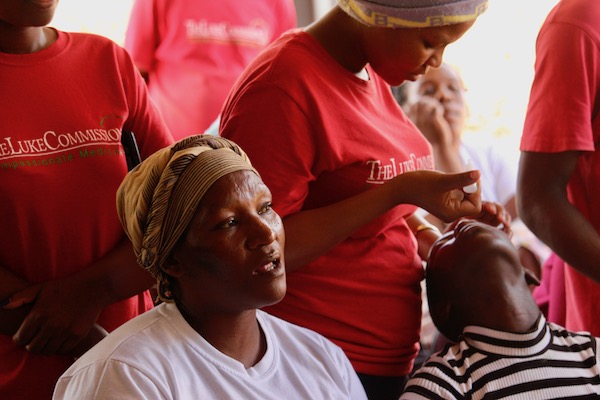 “I did not know someone could give an eye,” said an overwhelmed but ever-so-grateful mother of a teenager who received a cornea transplant on the Miracle Campus.

Indeed, it was a big day, a miracle day, for 14-year-old Tibuyile Masilela. One of the specialist eye doctors, who regularly volunteers his expertise and love for Emaswati, hand-carried three corneas to Eswatini when he came to perform surgeries during the CARES (Comprehensive and Restorative Eye Services) surgical session in January 2020.

One of those to receive a cornea was Tibuyile. She was shy, painfully timid. That’s not as it always was, her mother Zodwa Masilela remembered. Tibuyile was active and outgoing, until she was six years old. Her right eye became infected.

“We did not know what to do and lived far away, so we did nothing,” Zodwa explained. “Her eye seemed to be okay after a long time, but she could not see anymore from that eye.”

Mom and daughter are a little nervous until the patch is removed and the light shines through.

Zodwa was extremely grateful to the family whose loved one had died, but the grieving family chose to donate his or her corneas so others, unknown but precious, could see.

“Thank you for what you have done for our daughter and our family,” Zodwa said.

Tibuyile had difficulty in school and as a teenager was only in the third grade. “Now she can write and see and be like other children,” her mother smiled.

How did The Luke Commission and Tibuyile find each other? “One of our relatives was at patient at TLC and told us you could help us.” 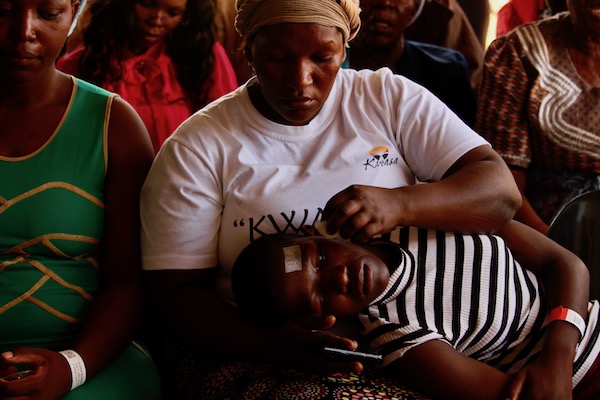 Afterwards, the emotions of seeing after so many years of not seeing touch both Zodwa and Tibuyile.

Zodwa brought her daughter to the Miracle Campus. The medical team accessed Tibuyile’s eye and without promising further help “told us they would try.”

Zodwa and Tibuyile returned home. A month later, they received a call from TLC saying a bus would pick them up and bring them to campus.

“Here we are now. Life will be so much different for her,” said Zodwa.

Tibuyile is the second-born in a family of five children, three boys and two girls. Her parents were married in Swazi manner. 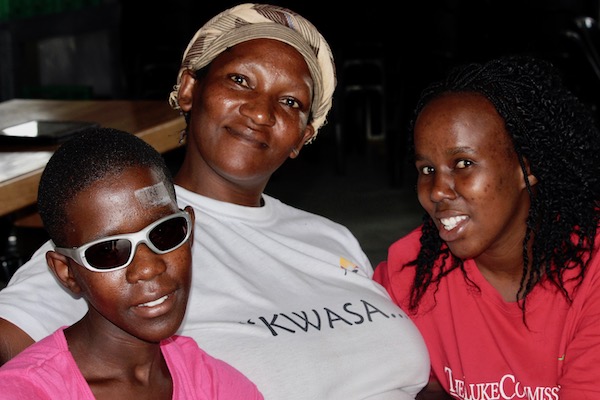 A day later, Tibuyile is all smiles behind her dark glasses to protect the new eye from the bright Eswatini sunlight. Joining in her joy are mom Zodwa and TLC staff member Nomipho, who translated Siswati to English for understanding on both sides of the language barrier.

Her husband does not have a job, explained Zodwa. Lacking water or sufficient rain, the family struggles to grow food.

Where to they get food to eat? “We get a little food through the government and from gifts,” she answered.

Then Zodwa held up her bag. “I have saved some of the food The Luke Commission has given us to eat. I will take it home for my other children.”