Intimate and cherished relationships are often complicated by poverty and poor health.

This truth is echoed repeatedly as The Luke Commission staff seek to treat each person as their own mother, father, sister, brother, child, or grandparent.

Indeed, counseling and medical care go hand in hand at TLC. These morsels of real lives in Eswatini bind us together, no matter the distance in culture or geography. However, since we are all alike, we can see ourselves in these stories. Let’s look closely for a few moments.

…A 27-year-old lady was defaulting on ART (anti-retroviral treatment for HIV), TB (tuberculosis), and psychotic medications. She came to the Miracle Campus at her sister’s urging. She had pushed herself to keep working at a factory, which paid very little, to care for herself and her three daughters. Finally, her sickness forced her to quit. She was admitted as an inpatient. Her older children seem to be on their own. Her youngest is with us here at TLC.

…He was not old, only 25 years, but he was admitted to the Miracle Campus hospital for dehydration and infection of his esophagus, probably caused by a weakened HIV+ immune system. This young man had been employed at a grocery store and lived with the mother of his child. However, he thought his girlfriend was trying to poison him. They separated when he got sick. TLC cannot prove or disprove his allegation.

…A young lady whose baby was born on the Miracle Campus wanted to leave. She was still not well, but had improved greatly and was learning how to be more responsible taking her HIV medications at the same time every day. She said she needed to get a job to support her baby. Meanwhile, they were both being cared for at The Luke Commission. Although she was thankful, she wanted to leave and talked about this every day. One problem: she had nowhere else to live and no income. 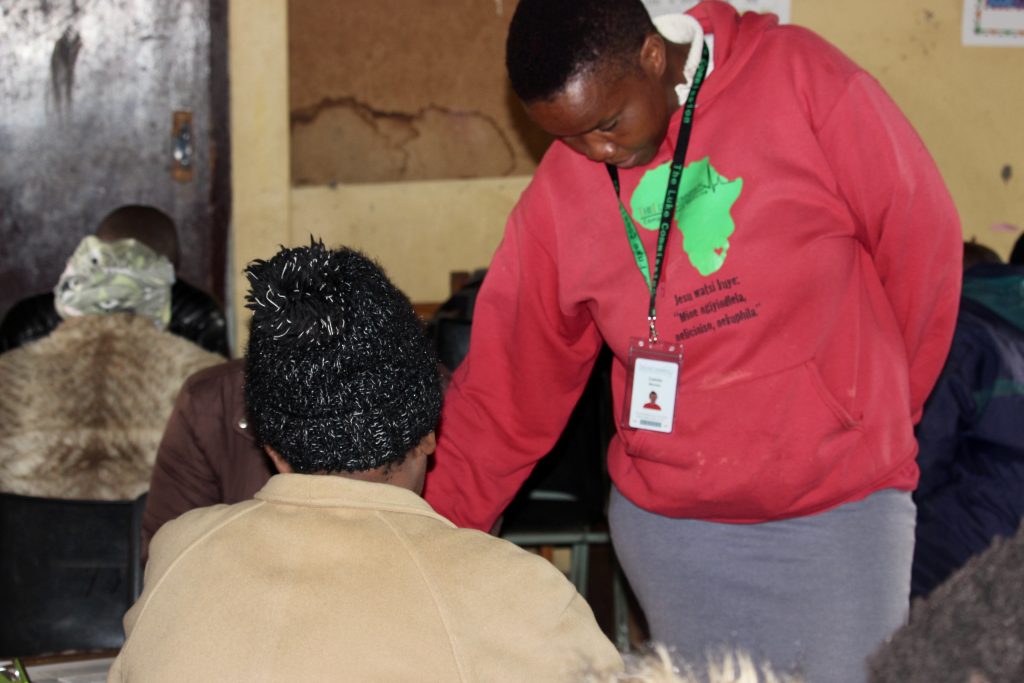 … A teenage boy was tearful though tried to cover his emotions as he said goodbye to TLC staff, who had tended him for several months. When admitted, he was weak and coughing and tiny. His family did not want to take responsibility for him because he rebelled against their standards. He thanked TLC for tenderness and love. He had been counseled, taught how to take his HIV medications, and fed good food. He promised to take his meds as he had been instructed. TLC staff urged him to come back to the Miracle Campus if he encountered any problems. He was in a hurry to register for school. TLC had contacted his father, although the boy lived with his mother, and his dad had agreed to pay school fees.

As is obvious in all these stories, as well as in the ones our own lives are “writing,” some problems were solved, some still had no solutions, and some would probably reoccur. Regardless, purpose and gratitude are encouraged, no matter what…

…Though only in her mid-forties, she seemed older and mentally challenged. She came from a large family of eight children. Three have jobs; the rest do not. Her father had passed away, and she has two children but no husband. She often demonstrates great sadness, because her family will not visit her. Formerly employed at a bar in one of Eswatini’s cities, she lost her job when she became ill. HIV had overtaken her before she tested and agreed to fight the sickness. Part of her body is paralyzed. She cannot perform daily activities, except feed herself using one hand. TLC is committed to caring for her physically, mentally, emotionally, and spiritually.

…A 10-year-old child wants to go back to school. His grandmother brought him to the Miracle Campus several weeks ago. He was not taking his HIV medications regularly. At TLC, he was taught how important adherence is. He has learned how to administer his own medications and no longer puts that responsibility on Grandmother’s old shoulders. His progress will be tracked before he is allowed to go home.

SO… as physical, financial, and emotional challenges may arise, The Luke Commission is dedicated to “Every Last One.”

By Janet Tuinstra, appreciatively to all those who support TLC

PS Still relevant, real, and timeless, this story was written before COVID came to the Miracle Campus. Those heart-warming stories are forthcoming…