On the Road Again with The Luke Commission

Writing from Africa always puts a different slant on what needs to be said to friends and supporters in North America.

The sights and sighs of Eswatini seep into our pores. The strangeness of another culture quickly gives way to the tasks and opportunities of each day. 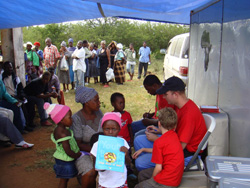 All who pray and give and work for The Luke Commission can rejoice! The VanderWals and their team are out in the bush once again, treating beloved Emaswati who do not have regular medical care and telling them about this man Jesus who became God in the flesh to suffer as they do.

TLC’s letter of support from the Ministry of Health was signed 18 hours before the first clinic was scheduled to begin. How’s that for God’s omnipotent timing. That’s behind us now, but sometimes it’s good to look back even a few days…

The trailers had been loaded just waiting.

Medicines had been purchased, box after box delivered to the Manzini home base, then repackaged and labeled with instructions for usage in SiSwati. Medical supplies had been organized by Harry and Echo, anticipating what they might encounter in all the corners of Eswatini.

New brightly-colored clothes had been unloaded from one of three containers, sorted, and packed into tubs for boys and girls of all ages. Hundreds of shoes collected last year by a large church in Ohio were arranged for easy fitting. Handmade wraps and blankets had been set aside for the very young and very old.

Eyeglasses had been inventoried and those seldom used replaced by more common lenses and frames. This reshuffling took hours before 3,500 eyeglasses were stacked on carts and rolled onto the trailers.

Bibles and thousands of SiSwati tracts had been prepared for transport. Lunches and water had been packed for The Luke Commission team. 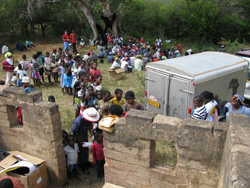 The two vans that pull all these supplies and carry 12 to 15 adults and 4 children had been serviced and new tires added. Yes, we continue to pray for new vehicles but trust God to keep the old on the road until then.

And then… the prayers and faith of Emaswati and Americans alike were answered. As Proverbs 21:1 says, “The king’s heart is in the hand of the Lord.”

All systems were go for The Luke Commission 2009. We hit the tar road – and before long the dirty road.

At the first clinic almost 500 patients received treatments and medications, 120 (half the adult patients) voluntarily tested for HIV, 100 were fitted for eyeglasses, and 800 children were dressed in new clothes and shoes. It’s just a beginning, but oh what a beginning it was. 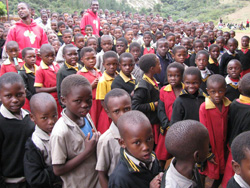 Unfortunately, more Emaswati are testing positive for HIV than before. The HIV rate for pregnant women has risen. Leaders here tell us the rate is especially high among young men and women. The ravages of the disease surround us.

“It’s a silent war,” Harry noted. It is difficult to admit one has AIDS even when it’s obvious physically. Often, HIV/AIDS is talked about in the third person. Meanwhile, family members are dying.

Consequently, The Luke Commission affords as much privacy as possible to those testing for HIV, even in the bush. (We’ll expand this in the next update.) 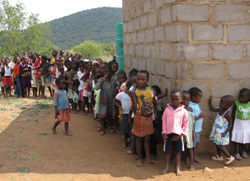 Eight high schoolers and their teachers from a large public high school in California observed and assisted at one clinic. “I will never again complain about having nothing to wear,” said one teenage girl, as she fitted shoes on a small child with dusty, scabbed bare feet. 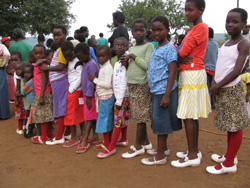 Liswati children are shy and often do not smile while they are being treated medically or offered new clothes. But the instant the youngsters rejoin their friends and families, they leap and laugh and raise  their hands with glee. Hallelujah moments abound in Eswatini, as does profound sadness.

A volunteer nurse from the northern Idaho, working with The Luke Commission this month, had tears in her eyes when a beautiful  18-year-old Liswati girl tested positive for HIV. “She has to go home tonight and consider her life. She was crying, and I wondered what she was thinking, what dreams were being shattered…”

Visiting the nearby Manzini hospital regularly brings us face to face with impending  death. Those still in their right minds readily accept our prayers even in English and cannot wait to read the SiSwati tracts. 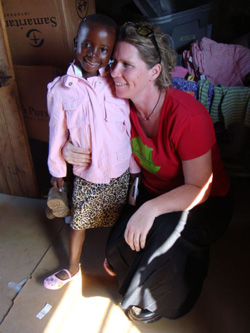 Mothers sit by their sick babies day after day, watching them grow weaker and weaker as their cries shrink to tiny meows. New mothers are grateful for soft baby clothes, and injured children who may spend days in traction welcome the toys. Suffering and hope intermingle, and the human race groans for deliverance.

That deliverance takes on many faces when we trust in God. For instance, 1 Thessalonians 1:10 encourages us “to wait for His son from heaven, whom He raised from the dead, even Jesus who delivers us from the wrath to come.”

As we long for Jesus’ return, might we all be about the Father’s business wherever he has planted us.

Love in Jesus,
Janet Tuinstra for Harry and Echo and The Luke Commission everywhere