When Your Young Brother Dies, Then What? 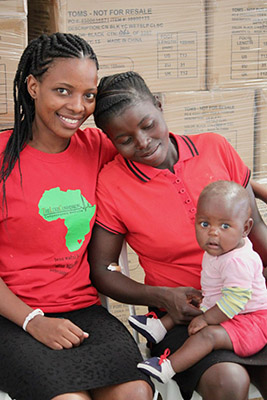 All the stories about The Luke Commission’s patients touch our hearts. But some, like this one of Samu and her only brother, epitomize the why, what, when, where and how we do as we do in Eswatini. Thank you for all you do, too.
– Blessings, H & E

TLC medical personnel moved into crisis mode, trying to stabilize the teenager. Lizwi spent one night on campus. However, the next day, he was no better and still in critical condition; TLC doctors determined the young man needed to be rushed him to Mbabane Government Hospital. Nurses Tiffany and Ashlee accompanied the TLC driver and stayed with their patient and his mother.

Meanwhile, Samukelisiwe was returning from a Luke Commission outreach on the other side of Eswatini.

Nurse Rebekah met Samu as she reached the Miracle Campus, and offered to drive her to Mbabane. ”She prayed for me, as I cried,” said Samu.

Rebekah and Samu brought her mother back to campus to spend the night. Lizwi’s body had already been taken to a funeral home in Manzini.

Funeral arrangements began but were halted “because of quarrels at my home,” explained Samu.

Samu’s father left his family in 2009 “to find another wife. He didn’t love my mother, so he had no love for his children,” contended Samu. “Now my father wanted to bury my brother on his homestead, and my mother objected.”

The case was eventually settled in a Liswati court. Lizwi would be buried on neither homestead but in a municipal cemetery. Almost three weeks later, Lizwi’s body was laid to rest the morning after a memorial service at his school.

We share parts of that three-page, narrow-lined letter with our readers, because even in grief, maybe especially in grief, God greets and meets us.

“If only you could open my heart and see how amazed, shocked, and grateful I am for the countless things you have done not only for my brother Lizwe, but you went beyond and did it for my family.

“From the day Lizwi set foot on The Luke Commission campus, I thank you for the love and the care you gave him. The sleepless nights you spent trying your best for him to be okay gave me hope, even though I felt my brother would not make it.

“I had seen TLC nurses’ touch transform a bedridden patient to a normal state as a human being again. I forgot that God knows the end from the beginning. And when the end comes, nothing can hinder it from taking place, because it is the Almighty God’s plan.

“Around 10 at night, we were all tired from outreach, when I got the news that my only brother is late,” wrote Samu, emphasizing the practical help TLC senior management offered her the rest of that sad night.

“Without the prayers and support I got from the entire Luke Commission family, the burial would not have taken place. I was not in a good place to communicate with God then, so your prayers helped a lot. I am at peace now,” Samu continued.

“When a hamper (of food and household necessities) was sent to my family, I was surprised and not expecting it. I am grateful…”

Samu said, “Through my brother’s death, I saw God. I saw God’s presence. I saw him taking charge of the whole funeral. When the power of God is revealed, your own doing has to be suppressed. That is exactly what happened. When things were falling apart, through all your prayers and help, God revealed Himself.”

Quoting Psalms 113:5-9, Samu said in part: ‘God raises the poor out of the dust and lifts the needy out of the ash heap that he may set him with the princes of his people…’

“I cannot thank God enough for what he has done. When I saw the team that The Luke Commission sent on their behalf, I simply broke down in tears for all this was not my expectations or my thoughts.

Today, Samu said she can talk about her only brother. “Before I couldn’t,” she said. “We were five and now we are only four,” she said of her three sisters.

Still with a reflective smile, Samu said her brother, who had been sick for a long time, believed in Jesus. “At the hospital he woke up and told my mother ‘I’m seeing heaven open and angels calling me.’”

(by Janet Tuinstra for all those here who walked through this death with Samukelisiwe and all those faraway who pray for The Luke Commission, not always realizing the great impact their prayers have. Lizwi’s story is told with the family’s permission.)

A Staff Development Centre is being planned on the Miracle Campus. Why a special place for staff of 190? Because “staff” reaches into the very fiber of Eswatini, that’s why. Each staff member has a family and community who need The Luke Commission’s compassionate, comprehensive support, as is illustrated in this true story. Please take a minute and watch one of our newest videos.
https://youtu.be/yyN24aGivQE